COAS pledges to uphold ‘dignity and credibility’ of Pakistan Army 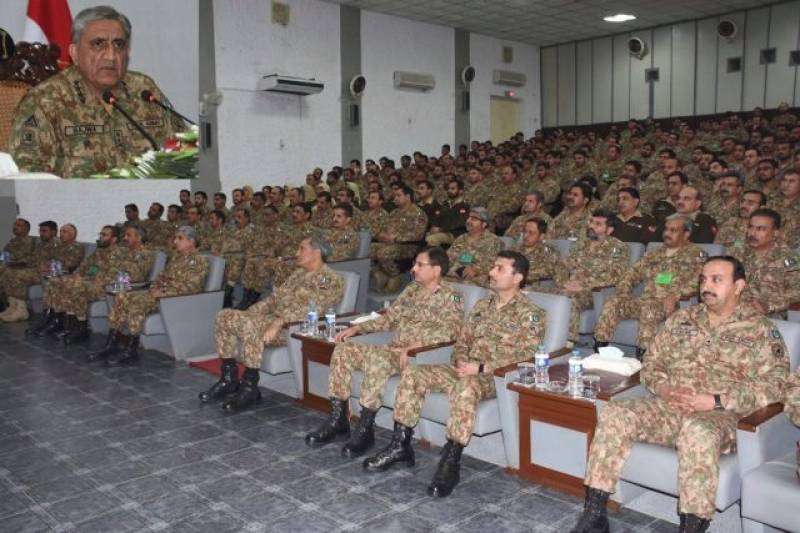 The chief visited Para Rangers at Jhelum and witnessed the concluding session of Army Firing Competition. A total of 667 military and civilian shooters from across the country participated in the four-week-long event. 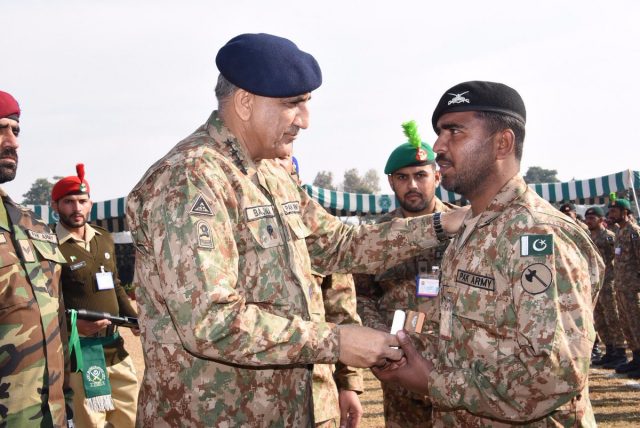 Appreciating their performances, the COAS stated that with more focused preparations our teams should be good enough to represent Pakistan in international events. The special feature of the event was the participation of 86 war wounded officers and soldiers in the competition.

Later, COAS addressed Kharian Garrison officers. Speaking on the occasion, General Bajwa appreciated the officers for their contributions in counter-terrorism operations as part of Operation Zarb-e-Azb.

He paid rich tributes to those who had been injured and martyred in the line of duty. He said the Pakistan army is a great institution. 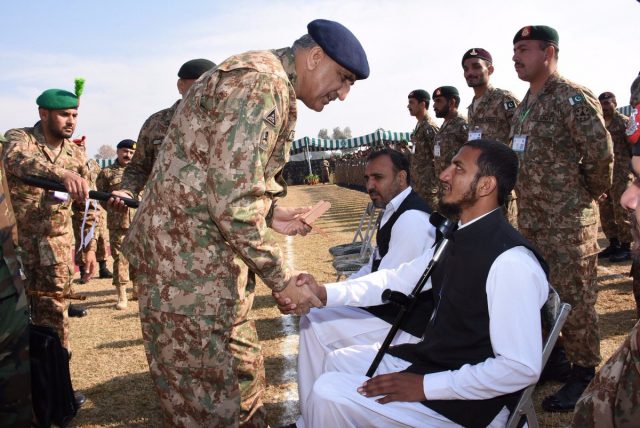 “Its dignity and credibility shall be upheld through selfless performance of our role and duties,” he said.