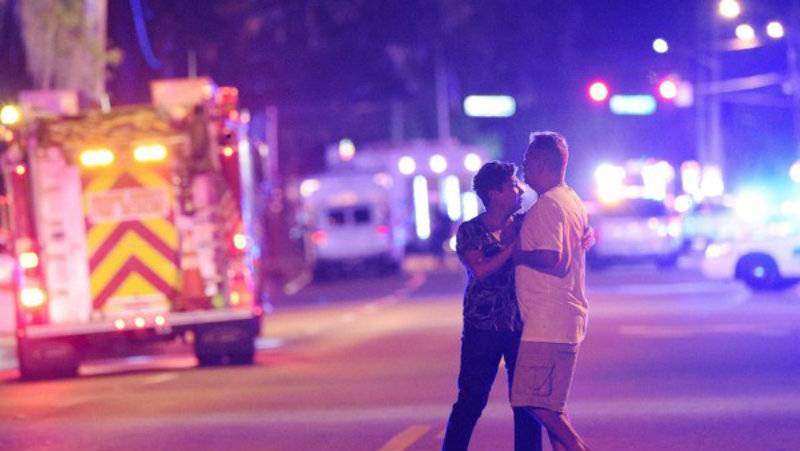 MIAMI, US (Web Desk) - At least 50 people have been killed and more than 50 were injured after a shooting at a gay nightclub in Orlando, Florida, police said on Sunday.

Orlando Police said officers entered the Pulse Club about three hours after the shooting unfolded - and killed the attacker, who had taken hostages.

They called it an act of terrorism, but said they did not yet know if it was domestic or international.

More than 100 people were reported to have been enjoying a Latin-themed night in the club, which is situated near Orange and Kaley avenue, the BBC reported.

The shooter behind an attack at a gay nightclub in Orlando, Florida is dead, police confirmed, describing the scene as a “mass casualty situation.”

“We can confirm this is a mass casualty situation,” the Orlando police said on their Twitter account.

“The shooter inside the club is dead,” they said in a separate tweet.

The incident began at around 2:00 am (0600 GMT) at the Pulse nightclub in downtown Orlando, with witnesses speaking of a gunman opening fire with an automatic weapon. The night club also urged patrons in a post on its Facebook page to “get out” and “keep running.”

A bomb squad and hazardous material team are at the scene. Orlando police say they carried out a controlled explosion.

Some reports say at least 20 shots were heard inside the club.

Video of shots being fired outside of Pulse night club in #Orlando pic.twitter.com/tyWXneIR5i

Video footage being shared on social media showed wounded people being treated at the scene. No official details of the incident have yet been given.

The incident comes as Orlando is still reeling from the fatal shooting on Friday night of 22-year-old singer Christina Grimmie following a concert in the city.

She had been signing autographs when she was shot by 26-year-old Kevin James Loibl, who then killed himself. It is not clear what Loibl's motive was.