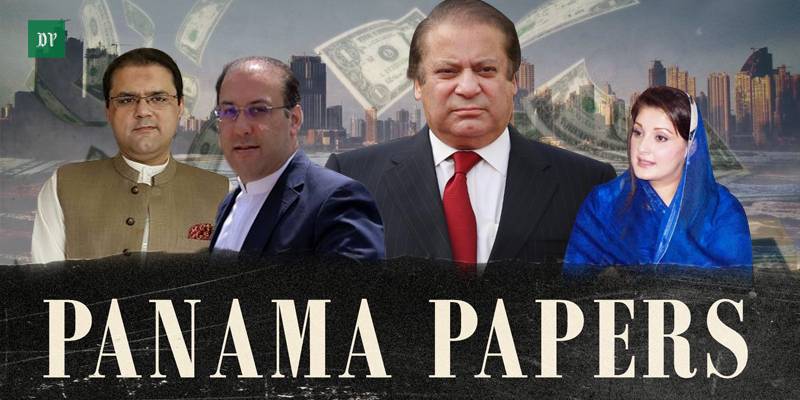 ISLAMABAD - In a damning revelation, the joint investigation team (JIT), formulated to examine the offshore assets of the Sharif family told the Supreme Court (SC) on Monday that some governmental departments were tampering with the records.

“The JIT has alleged that certain institutions are altering records. Even forgery has been carried out,” remarked Supreme Court judge Justice Ijazul Ahsen.

According to Dawn News, the JIT rejected the majority of the allegations levelled against the body in connection with the 'leaking' of Hussain Nawaz picture, but also told the court that punitive action had been taken against an individual suspected of involvement.

During today's hearing Hussain's counsel Khawaja Hais argued against the filming of statements given to the JIT. However, Justice Justice Ejaz Afzal clarified that video recording of the interrogation was allowed under Section 162.

On the other hand, Justice Ijazul Ahsan assured that the recording could not be used against any witness.

The six-member JIT had also prepared an inquiry report on the Hussain Nawaz photo leak, which was submitted to the bench.

The bench also took up an application filed by the JIT, in which the investigators highlighted certain issues and problems they have been facing in concluding the probe within the stipulated two-month timeframe.

The apex court told the attorney general Ashtar Ausaf to examine the written report submitted by the JIT on the CCTV image leak and recommend action against the person who circulated the photo.

It also asked the deputy attorney general, who was present for the proceedings, if it was wise for the JIT's report on the problems being faced by the team to be made public.

The Joint Investigation Team has summoned Prime Minister Nawaz Sharif on Thursday in connection with the ongoing interrogation.

The premier has been directed to appear with all the relevant records on Thursday, June 15 at 11 A.M.

The PM House clarified in a statement that the premier would appear before the team currently investigating the assets of ruling Sharif family abroad.

It was also murmured that finance minister Ishaq Dar would also be summoned during the current week as his name echoed during the hearing of Panama case in connection with Hudaibya Paper mills case.

PM's elder son Hussain Nawaz has appeared before the JIT five times till now. After the last session, Hussain expressed that he hoped not to be summoned again by the investigative body.

He rubbished the allegations put forth against the Sharif family and expressed that a political party initiated the whole episode adding that no evidence could be brought against his family.

Apart from Hussain, Hassan Nawaz also had a session with the JIT at the federal judicial academy.