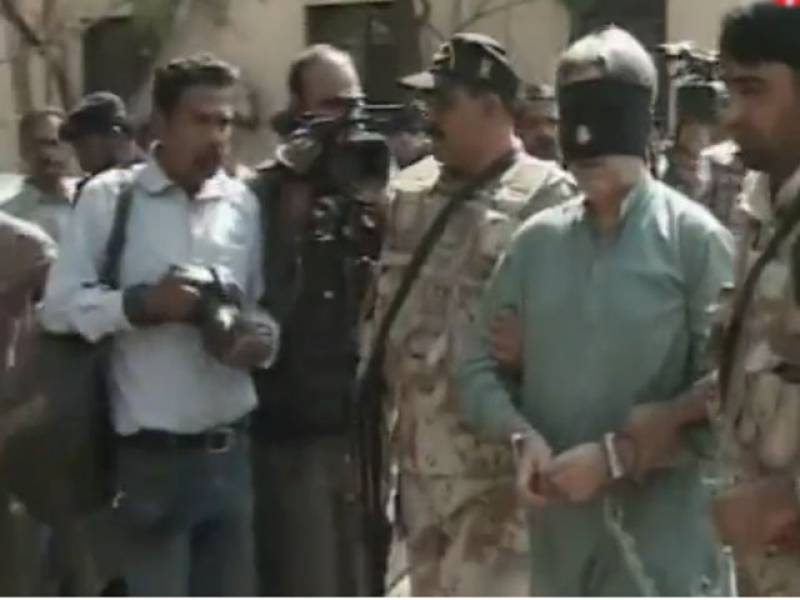 According to media reports, a heavy contingent of security forces had arrested all the suspects during raid on MQM’s famous Nine-Zero administrative centre in Azizabad area on Wednesday.

The suspects were blindfolded and only Amir Khan was handcuffed when they were brought to the court.

One of the men detained had been sentenced to death for the murder of the television journalist Wali Khan Babar in 2011, according to a Rangers statement.

Later, all the recovered weapons were handed over to the police.

Authorities have also withdrew policemen deployed at thirteen locations around the Nine Zero.