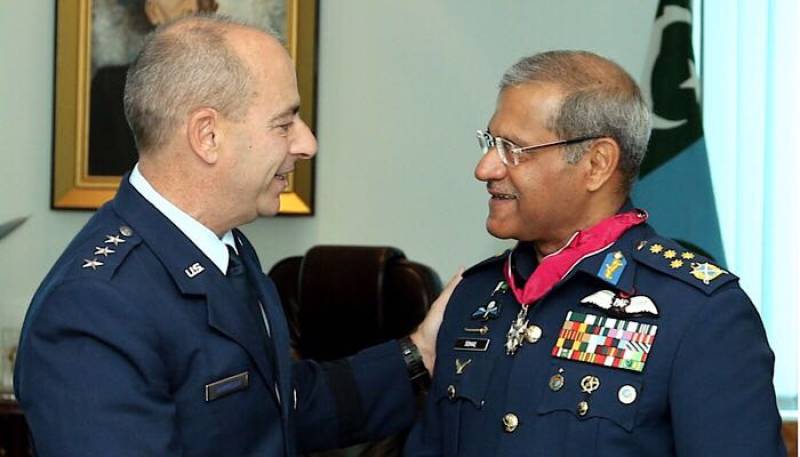 ISLAMABAD - Air Chief Marshal Sohail Aman was awarded the  Legion of Merit, the highest military award of US armed forces presented to any foreign military high official, on Monday.

Aman has been presented the award for his brave leadership and efforts to eliminate terrorism in the region.

General Goldfein praised Pakistan's air chief for making efforts against terrorism and his commitment towards the mission. He added that PAF's strengthened operational abilities will be helpful in restoring peace in the region.

After the ceremony, Lt Gen Harrigian called on Sohail Aman at his office and discussed matters of mutual interest. Both sides agreed to enhance coordination between the air forces of the two countries.

The award, which honours the air chief, also seeks to strengthen the relations between Pakistan and US.