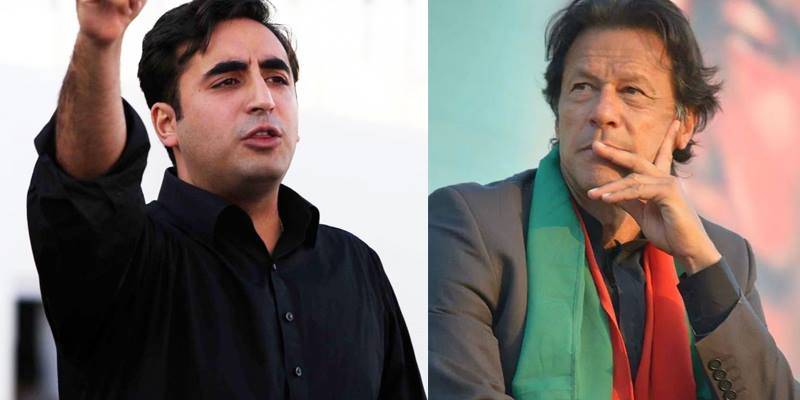 KARACHI - Two leading political parties of Pakistan are all set for flexing their muscles in Pakistan's port city today to bag the support of voters ahead of forthcoming general elections.

Pakistan Peoples Party, led by Bilawal Bhutto Zardari will stage a rally at Bagh-e-Jinnah while Pakistan Tehreek-e-Insaf will hold its power show near Aladdin Park in Karachi.

According to media reports, the stage is being set and around 40,000 chairs are being placed at Bagh-e-Jinnah for PPP's power show, where the security has been beefed up.

Sindh Chief Minister Murad Ali Shah arrived at Bagh-e-Jinnah to oversee preparations ahead of the rally where the jubilant workers have already started gathering.

PPP chairman Bilawal Bhutto Zardari is expected to address the rally at 4:00 pm; at the same time, the PTI chairman Imran Khan, will address his party loyalists.

Earlier on May 8, Pakistan’s largest city, Karachi witnessed violence for one more time when the PTI and PPP workers clashed with each other in Gulshan-e-Iqbal area of the city.

The skirmish escalated after both the parties decided to hold a political gathering on the same day (May 12) at the Hakeem Saeed Shaheed Ground.

The war of words quickly escalated to violence, with several workers injured in the clashes that ensued.

However, the tussle came to an end after the PPP chairman invited Imran to hold his rally at Hakeem Saeed Ground in Karachi.

Afterwards, Imran Khan's party decided to change the venue of their rally to Aladdin Park.

An ANP spokesperson said they will hold a Quran Khwani for May 12 martyrs ahead of their rally as well.