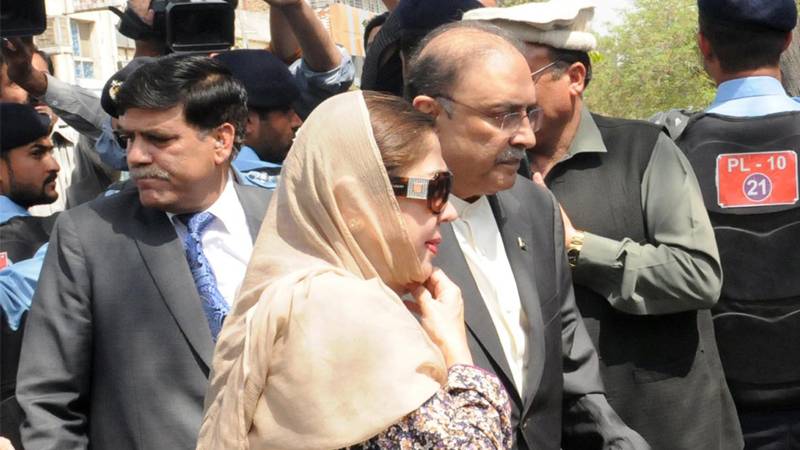 According to media reports, the court has also reserved its verdict in an application filed by former president Asif Ali Zardari seeking his transfer to Karachi for medical treatment.

During the hearing, the National Accountability Bureau (NAB) prosecutor presented his arguments in the courtroom and informed the court that Asif Zardari was shifted to the hospital upon recommendation of a medical board formed by the government […] “filing an application with the government is not begging.”

The prosecutor further asked whether the former president was transferred to the hospital due to begging.

Meanwhile, the court extended judicial remand of both PPP leaders till Nov 26 and directed the accountability watchdog to produce them before the court again upon expiry of the remand.