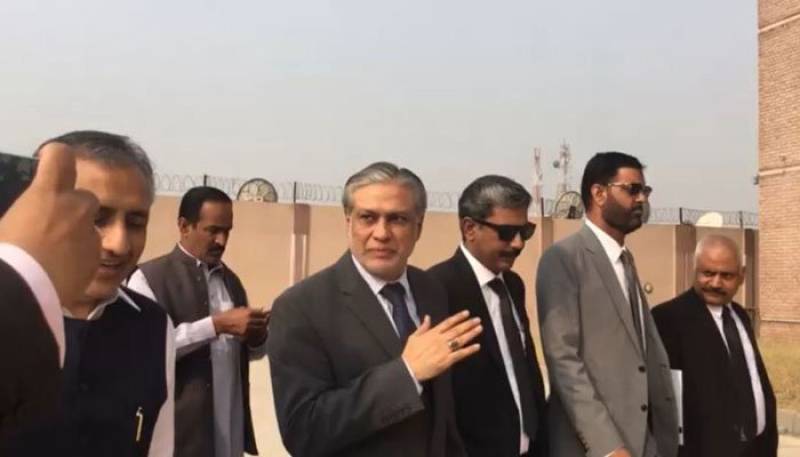 Judge Mohammad Bashir resumed the hearing of the case in which he has summoned two witnesses of the prosecution - Shahidh Aziz and Tariq Javed - in the case.

Tariq Javed informed the court one account was opened with Al Baraka bank in 1991, adding that he had provided all record, including detains of Tabassum Ishaq Dar's account to NAB Lahore on its request.

Ishaq Dar’s counsel Khawaja Haris raised questions regarding the validity of the documents, adding that anyone can prepare such documents.

In reply, NAB prosecutor said that the documents are authentic as these have been prepared following electronics transaction ordinance, adding that it is up to the court to accept or reject the papers.

The prosecutor said that the bank statement carries record from October 14, 2000.

Khawaja Haris informed the court that his client did not make any transaction since 2006, besides asking the court to add the Dar's objection to the record.

Ahead of appearance, strict security measures  have been take by the Islamabad police, while there is no deployment of Rangers around the federal judicial complex.

On October 4, the court had recorded statement of Ishtiaq Ahmad, a former manger of Bank Alfalah, who was also cross-examined by Dar's counsel, Khawaja Haris.

Ishtiaq Ahmad verified that the minister holds an account in the bank and his wife Tabassum Ishaq Dar possesses a company, HDS Securities Private Limited.

During the hearing, Dar said that he had opened an account with Bank Alfalah in 2005 but had closed it in 2006.