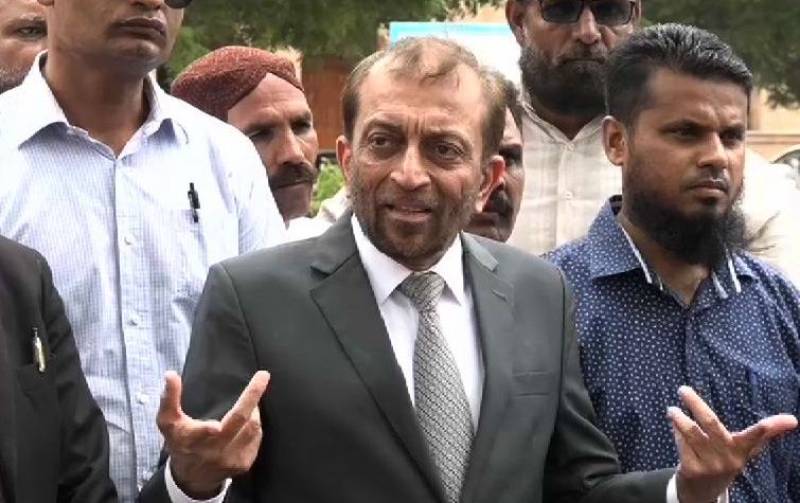 KARACHI - The leader of Muttahida Qaumi Movement-Pakistan, Dr Farooq Sattar claimed on Friday that the party was heading towards collapse and demanded an intra-party election.

Addressing a press conference at the Karachi Press Club, Sattar said, “I had submitted my resignation from the party’s Rabita Committee on September 13 citing personal reasons and today I want to share those reasons in detail.”

Sattar regretted, “During the July 25 polls, MQM-P’s seats went from 17 to four and the upcoming by-polls will be the party's next test."

“If you want to save the party from division and destruction, reinstate all members of the party as per the positions held by them on February 5,” he demanded.

"The party is headed towards collapse and to save it from complete destruction, intra-party elections should be held as early as possible," he further said.

"To steer the party out of the current turmoil, a fresh mandate needs to be sought from workers," Sattar added. "I will accept whatever the result of the intra-party election is."

Sattar stepped back from party matters after he was not issued a ticket for the by-election.

Moreover, differences between Sattar and another leader of the party, Khalid Maqbool Siddiqui, had intensified prior to the General Elections 2018 held on July 25, following which MQM-P was split into two groups – Sattar’s PIB and Siddiqui’s Bahadurabad faction.

Sattar lost the NA-247 seat to PTI candidate Dr Arif Alvi during the elections. The seat is now up for the grab following the presidential election which saw Alvi being elected as the country's 13th president.