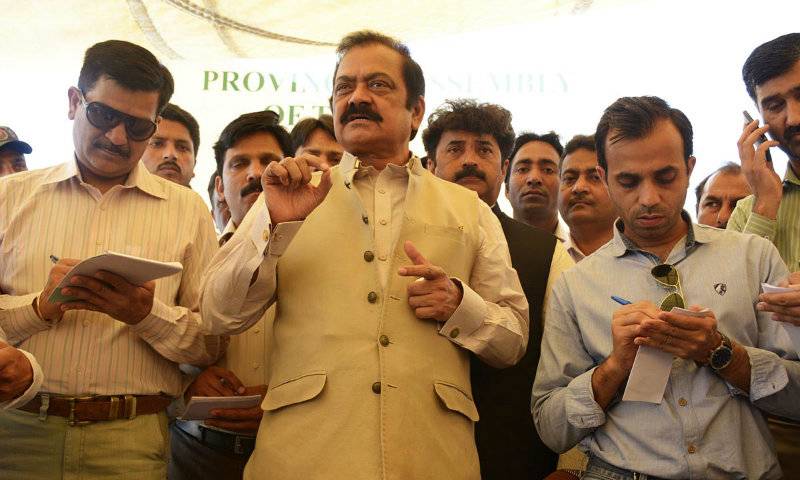 LAHORE (Staff Report) - Punjab law minister Rana Sanaullah has said PTI chief Imran Khan could not dare marching on Raiwind as he was “unaware of traditions in Punjab”.

Talking to media persons on Wednesday, Sanaullah claimed that Prime Minister Nawaz Sharif has left for London only for medical treatment.

He also ruled out any pre-scheduled meeting of PM Nawaz with PPP co-chairman Asif Zardari in United Kingdom.

Sanaullah was confident that nothing would come out of Panama leaks scandal even after formation of a forensic commission or any other commission.

“We want accountability of all politicians,” he added.