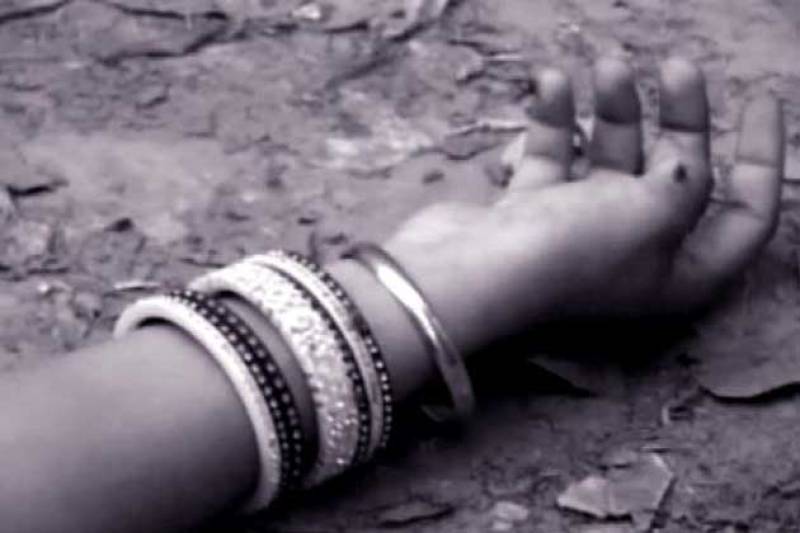 JHELUM - In a tragic turn of events, a woman was killed for ‘honour’ in Pind Dadan Khan district of Jhelum on Thursday.

According to media reports, Shagufta, a resident of Jalalpur Sharif wished to marry a man named Hussain and upon her family’s refusal to do so, Shagufta had run away to Hussain’s house.

LAHORE - A furious man killed his sister allegedly in the name of 'honour' in Lahore's Satto Katla area on Wednesday, ...

Soon, the relatives of the lady promised to allow her to tie the knot out of her own choice, following which she returned home.

However, the family members of lady betrayed her and strangled her to death, calling her attitude against their ‘honour’.

After being informed of the incident, police took Shagufta’s body into custody and shifted it to a local hospital for autopsy.

Police officials said they will conduct further investigations into the matter after the post-mortem report is issued.

SAHIWAL - A 19-year-old girl was axed to death allegedly by her stepbrother in the name of honour in Punjab province, a ...

According to statistics, some 500 women are killed every year in Pakistan at the hands of family members over perceived damage to ‘honour’.

A joint session of the Parliament has already unanimously approved anti-honour killing and anti-rape bills moved by PPP Senator Farhatullah Babar back in 2016, but still, the implementation of laws in letter and spirit is the need of the hour.