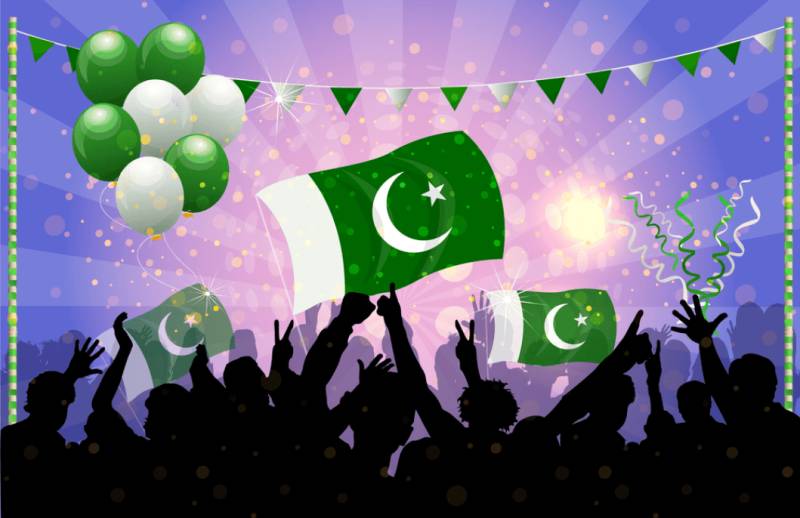 ISLAMABAD - The preparations to celebrate Independence Day on Wednesday (tomorrow) with traditional enthusiasm and zeal are in its final stages across the country - the second day of Eid-ul-Azha as well (Tuesday).

The Independence Day would be celebrated as 'Kashmir Solidarity Day' as per Government's decision this year to express harmony and solidarity with Kashmiris in their recent plight caused by the Indian government.

The government has also introduced a special logo for Independence Day which has been created to express solidarity with people of Occupied Kashmir.

The logo unveiled is based on "Kashmir banega Pakistan" theme. Word Kashmir, written in red colour, represents sacrifices rendered during the freedom struggle.

Meanwhile, vendors have also set up stalls of buntings, national flags, banners, badges and pictures of national heroes who struggled tirelessly to achieve a common goal for Muslims of South Asia.

Special dresses of boys and girls made of green and white colours resembling national flag are also on sale in twin cities of Rawalpindi and Islamabad.

speech competitions in this regard.

At the same time, the government has also made arrangements to illuminate important national buildings and monuments.

The provincial and district governments, as well as educational institutions and art councils, have planned a series of events in connection with Independence Day.