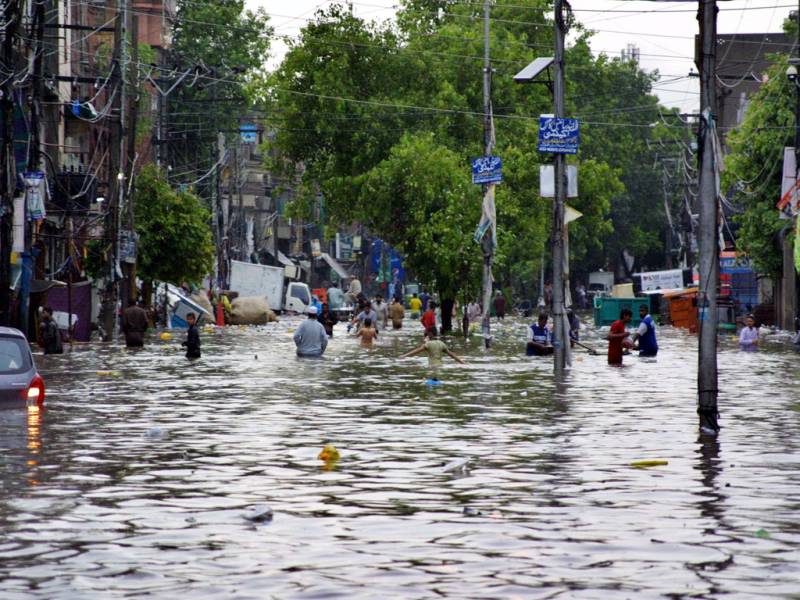 LAHORE - The Pakistan Meteorological Department has predicted widespread rains/wind-thunderstorm across the country from Tuesday (night) to Saturday.

According to the Met Office, another monsoon low pressure had developed over northwest Bay of Bengal and its adjoining areas, which was likely to move westward and reach Rajasthan (India) on Thursday.

Under the influence of the weather system, widespread rains/wind-thunderstorm were expected in Khyber-Pakhtunkhwa, upper Punjab (Rawalpindi, Gujranwala, Lahore, Sargodha and Faisalabad divisions), Islamabad, Gilgit-Baltistan (GB) and Kashmir from Tuesday (evening/night) to Saturday, it added.

Scattered rains/wind-thunderstorm of moderate-intensity with isolated heavy falls are expected in Mirpurkhas and Thatta divisions while light/moderate rain is also expected in Hyderabad and Karachi divisions on Thursday and Friday.

It also did not rule out the possibility of the landslide in Malakand, Hazara divisions, Gilgit Baltistan and Kashmir during the period.

The Met Office advised all the authorities concerned to remain alert and take precautionary measures during the forecast period.