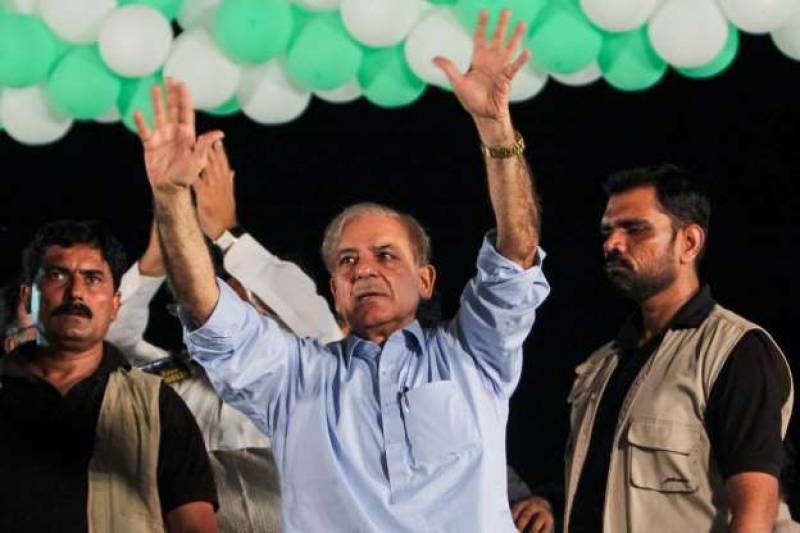 ISLAMABAD - After months of impasse, the ruling Pakistan Tehreek-e-Insaf has finally accepted the demand of opposition to appoint Pakistan Muslim League Nawaz President Shehbaz Sharif as the chairman of the Public Accounts Committee (PAC).

Addressing the lawmakers on the floor of the house on Thursday, Foreign Minister Shah Mehmood Qureshi expressed that the government had demanded opposition to nominate any person other than Shahbaz Sharif for the post but they did not budge.

Confirming that the treasury lawmakers met Prime Minister Imran Khan on the issue, Qureshi said that Imran Khan had reviewed his decision and if Shahbaz Sharif wants to head the PAC, the government will not object to it.

"In the larger interest of democracy and in order to make the parliament functional, we concede to the opposition's demand," Qureshi opined.

Following the development, opposition leader in the national assembly, Shehbaz Sharif credited the PM for reviewing his stance, recognising that 'the government wants to make this parliament functional as it wants to bring important legislation for the welfare of the people.'

Moreover, PML-N leader and former NA Speaker Sardar Ayaz Sadiq congratulated the prime minister and termed the decision as his "most positive U-turn".

"If he continues to take such U-turns, democracy will be strengthened," he quipped.

Public Accounts Committee is the apex parliamentary watchdog that oversees the audit of revenue and expenditure by the government and it is considered to be the most powerful and important committee of the parliament.

Previously, the PAC comprised only members of the National Assembly, but recently members of Senate have also been included in the body.

Speaker Qaiser said he would consult seek legal opinion from the law ministry on the issue but assured that "I will not let down this house."

However, Ayaz Sadiq urged the Speaker to unilaterally issue Rafique's production order instead of seeking the law ministry's consultation.

"It was in the dictatorship of General Musharraf that production order of Javed Hashmi was not issued," Sadiq highlighted.

The opposition parties then walked out of the parliament, with Sadiq declaring that they will boycott the house until Rafique's production order is issued"

Following the walkout, the speaker NA session adjourned the sesion till Friday morning.