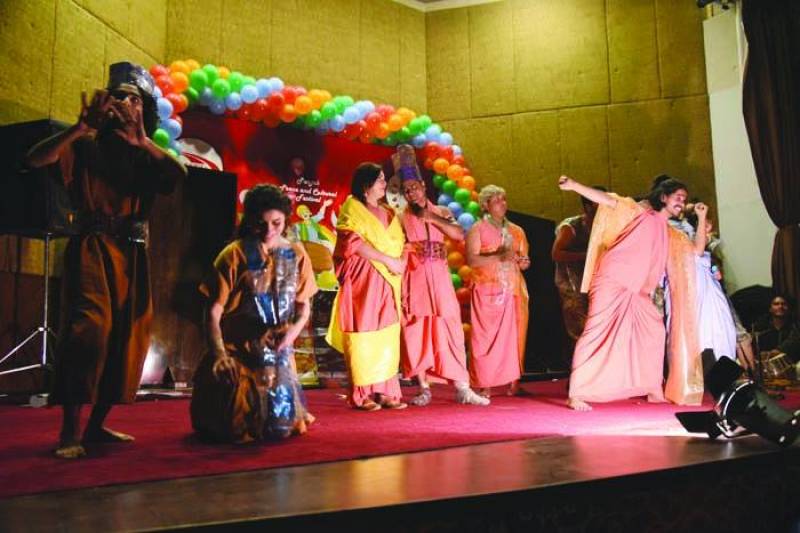 LAHORE - The second and last day of Punjab Peace and Cultural Festival saw the huge participation of people from all walks of life. The final day of the cultural event, inaugurated by director PILAC Sughra Sadaf on Sunday at Punjabi Complex, lured in scores of citizens from various circles of society who were enthralled by the performances given during the event.

Notable speakers and participants gracing the event, organised in a joint collaboration by Punjabi Parchar and Consumer Drive, stressed the need for sustainable peace and harmony among the masses through 'Punjabi' culture.

Locals and culture campaigners fully participated and lauded the performers who mesmerised them with Dhamal, Jhoomer, comic skits and folk music. Students of Aspire Group of Colleges welcomed the attendees through Punjab's quintessential 'Bhangra' while chanting 'Jee Aayan Nu' after which renowned singer Saad Farooq Ziai entertained the audience with his singing. 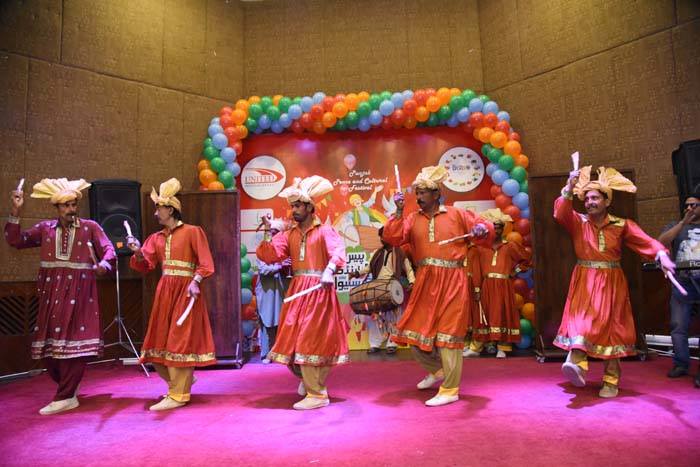 Sangat group, which enjoys an excellent reputation for upholding the stature of Punjabi culture also entertained the audience through theatrical performance 'Ani Channi Di Tikki'. The concluding day of the festival also comprised performances by comedians Iftikhar Thakur and Saleem Albela who, with an exchange of witty remarks, sent the crowd in fits of laughter.

Folk performance by Sian Ejaz and Jhoomer by a team from Mandi Bahaud Din, fascinated the audience as well. The audience also appreciated folk songs by Afzal Jutt whereas Ajoka Theatre's 'Anni Mai da Sufna' also received much admiration. Also, the Festival’s literary session had a rich panel with Shahid Nadeem, Rashid Mehmood, Huma Safdar, Aamir Riaz and Aadil Aziz on board who highlighted the importance of Punjabi culture regarding the topic 'Theater and Culture'.

In another session, veteran columnists Munno Bhai, Parveen Malik, Afzal Sahir, Rana Ehtesham Rabbani and Farhad Iqbal expressed their viewpoint on 'Language and Culture'. The esteemed speakers unanimously opined that culture was a source of entertainment on one end whereas it also served as a tool to highlight the positive and negative aspects of the society. 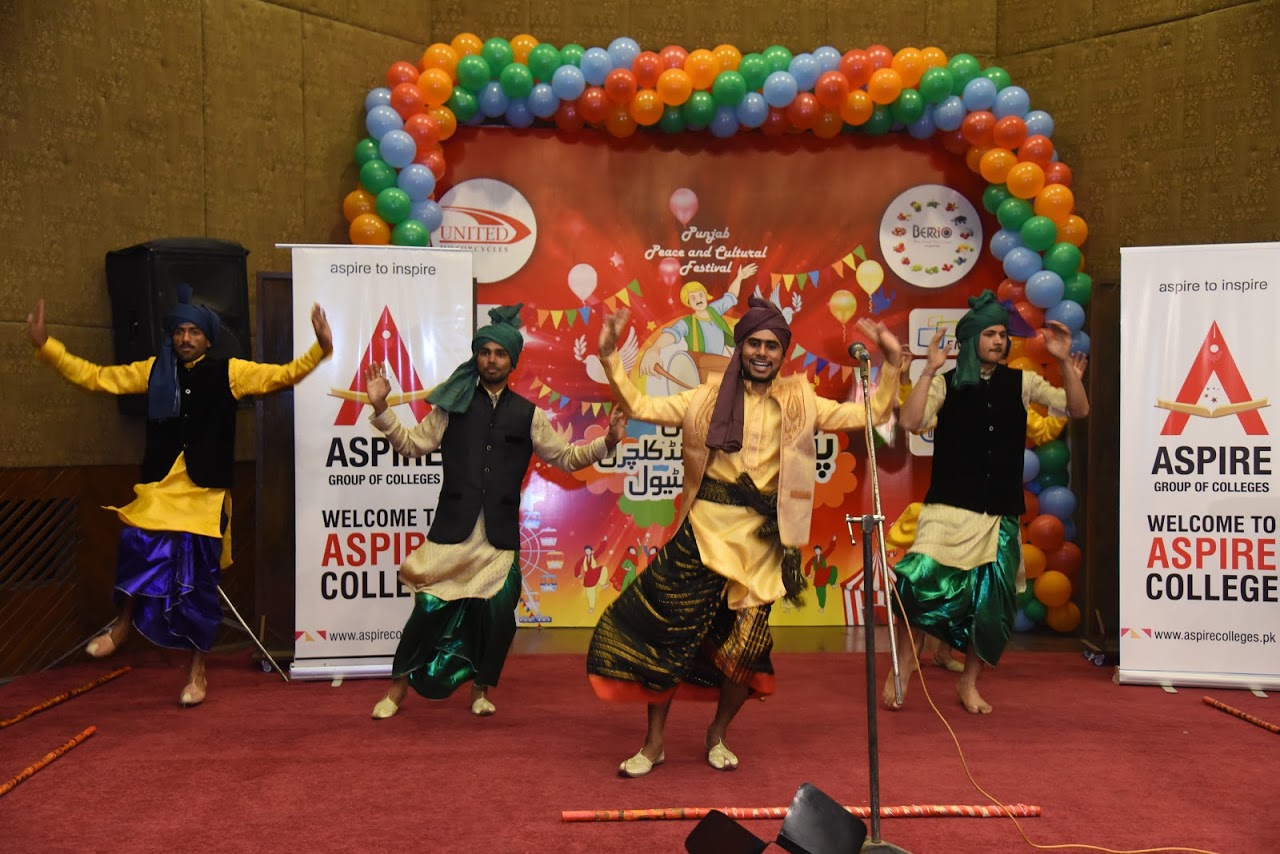 “Through culture, the message of peace and brotherhood can be proliferated across the world,” they agreed. Pakistan Tehreek-e-Insaf (PTI) lawmaker Shafqat Mehmood also showed up on the second day and lauded the efforts of Punjabi Parchar and Consumer Drive for organising the festival.

The PTI MNA expressed that such festivals proved to be the best service for citizens amid fear and hostile environment. “Societies linked to their culture and traditions can retain their identity during the current era of competition,” said Shafqat Mehmood. 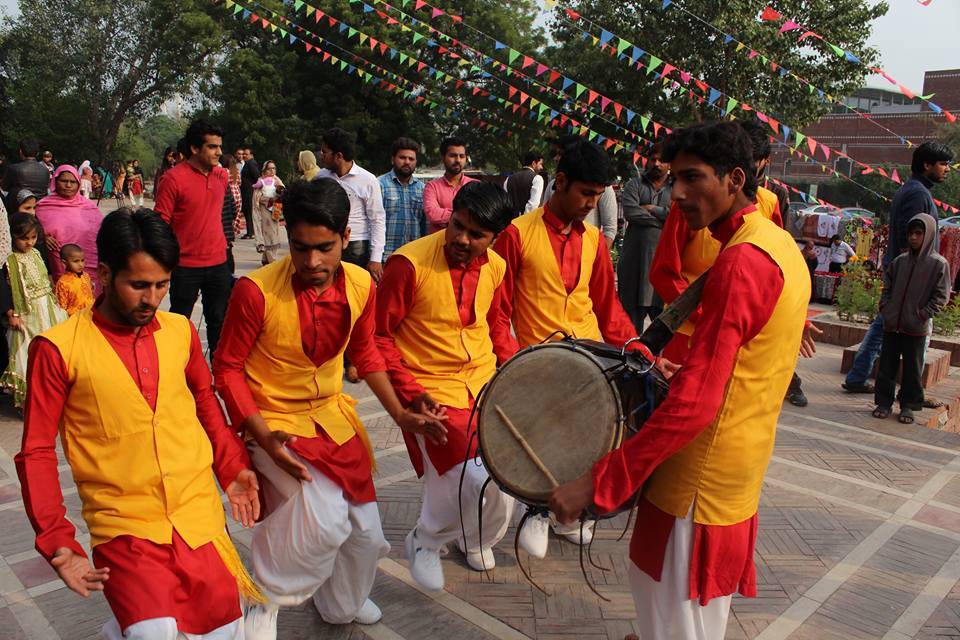 On the occasion, the event’s chief organiser, Ahmad Raza, affirmed that for the promotion of the peaceful culture of Punjab, his organisation would arrange such events annually. The Punjab Peace and Cultural Festival not only attracted residents of Lahore but people from Sindh, Balochistan, Khyber Pakhtunkhwa and Gilgit-Baltistan also made it to the colourful event to highlight the message of peace in Pakistan’s most populous province.