Nisar lashes out at Nawaz Sharif over Mumbai attack remarks 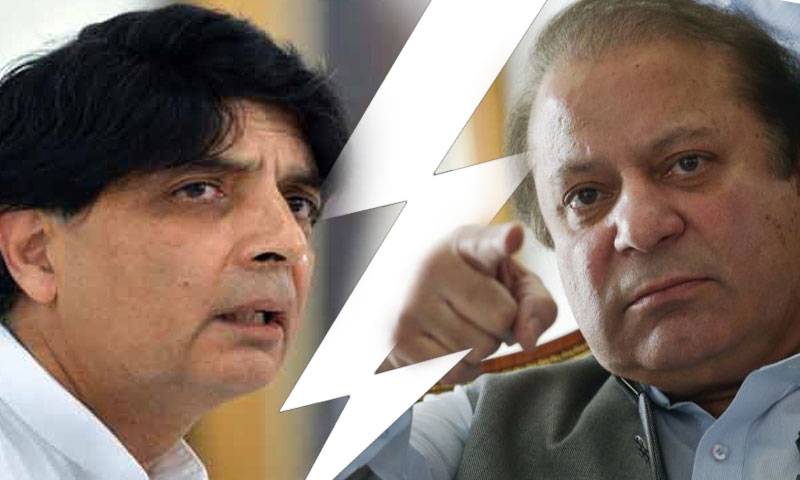 ISLAMABAD - Former Interior Minister Chaudhry Nisar Ali Khan has hit out hard at Nawaz Sharif over his Mumbai Attack remarks. "Pakistan was heavily criticised over the Mumbai attacks," he shared in a statement while referring to former prime minister Nawaz Sharif’s recent remarks on the Mumbai attacks in an interview.

“India used the Mumbai attacks for its own despicable plans,” said Nisar, who has swayed away from Nawaz since his ouster last year.

He remarked that he is completely aware of all aspects of the case as he served as the country’s interior minister.

The probe into the case was being conducted by Federal Investigation Agency (FIA) which comes under the ministry of interior.

Ch Nisar also blamed India for showing aggression and refusing to cooperate during the investigation into the case. “The lack of cooperation by India was the biggest hurdle in the investigation. India wasn’t interested in a transparent investigation,” he said.

The attack occurred in India, where 90 percent of the proofs were present but India refused to share those with Pakistan, he remarked.

“We kept on requesting India to cooperate in the case. We have always cooperated with India over information sharing pertaining to all incidents of terrorism,” Nisar added.

“India always shows aggression when it comes to incidents such as that of Kulbushan Jadhav,” he said, referring to the Indian spy facing a death sentence in Pakistan.