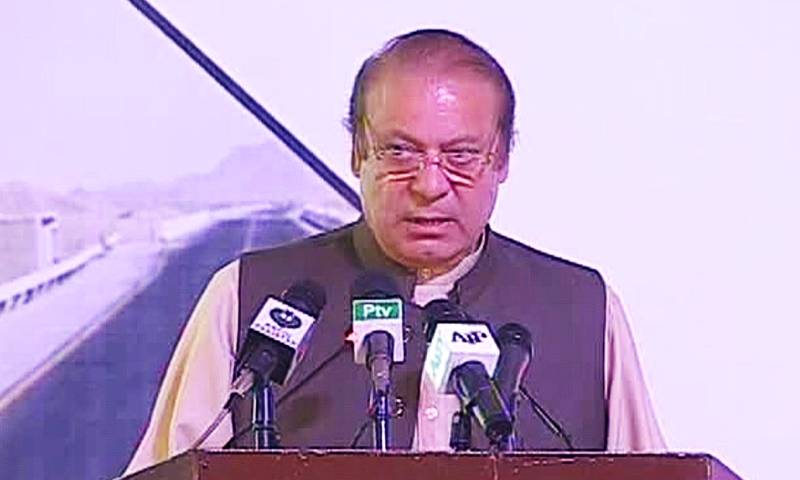 Following the inauguration, the port has formally been operationalised for trade activities through the western route of CPEC.

“I want to clear that CPEC is not only for a province but for entire Pakistan… And the enemy of CPEC is the enemy of Pakistan,” the PM said while addressing the inauguration event.

"CPEC project is for all the country, not specific province", the PM clarified.

#CPEC is a world of opportunities: PM Nawaz Sharif

A moment of pride for all of us for Pakistan ?? #GwadarByBrandNawazSharif pic.twitter.com/Q26nA2zmJT

The trade caravan reached Gwadar from China under the strict security cover of Pakistan Army and other security agencies and would now be shipped to its next export destinations.

Strict security measures have been taken to ensure the smooth inauguration of exports through the Gwadar port.