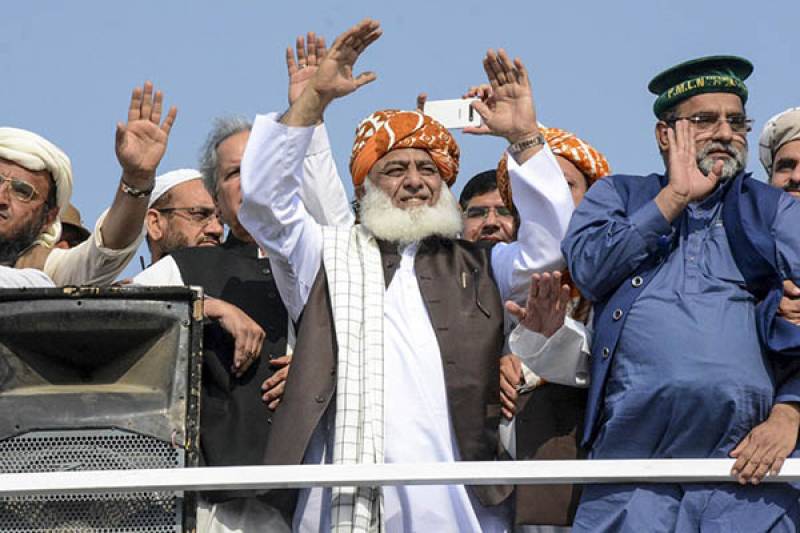 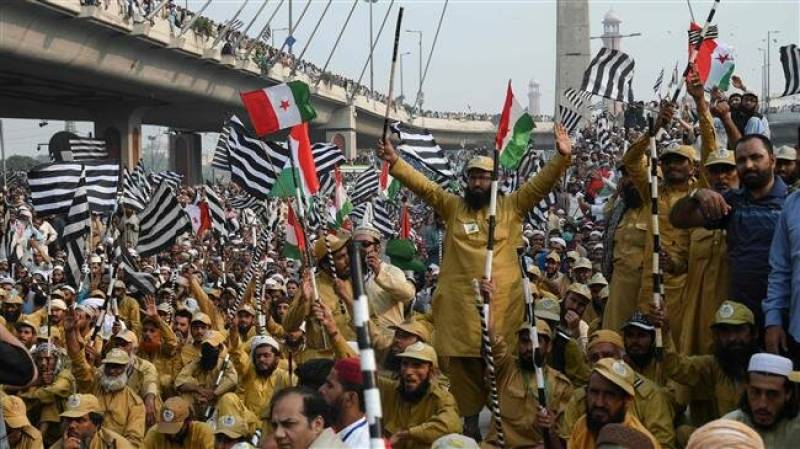 ISLAMABAD – The Jamiat-e-Ulema Islam (JUI-F) has called off its so-called ‘Azadi March' sit-in in Islamabad, announcing the start of its ‘Plan B’ which saw the blockage of Karakoram Highway as the first step towards countrywide protests against the Imran-Khan led government.

Senator Atta-ur-Rehman, addressing thousands of JUI-F workers and students of seminaries from the stage built on top of ‘Azadi March’ container, said their ‘Plan B' will take effect 2:00 pm tomorrow (Thursday).

Earlier today, JUI-F chief Fazlur Rehman, who is rallying thousands of his disciples against the Pakistan Tehreek-e-Insaf government and demanding PM's resignation and fresh elections in the country, had a detailed discussion on whether to continue or end the sit-in.

JUI-F leaders said that the scale of the protest will now be extended across the country by blocking highways, streets and major arteries. They said, “We will block Chak Dara in Khyber-Pakhtunkhwa, GT Road in Rawalpindi and Shahra-e-Resham (Karakoram Highway)."

They also plan to block six districts of Karachi, besides other major cities. In the first phase Karachi's Hub River Road will be blocked and later on, more thoroughfares and areas will be completely blocked.

Vowing to implement their ‘Plan B’ with full force, the JUI-F leadership said the protest will continue till acceptance of their demands.

Earlier, the protesters of JUI-F blocked Quetta-Chaman Highway as part of the party's ‘Plan B'. The highway was blocked for vehicular traffic creating hardship for the commuters, who now remain stranded for more than three hours.

The protests, which began with the “Azadi” (freedom) March on Oct. 27 from the southern city of Karachi, come as the government is battling high inflation and a sluggish economy.

The announcement of ‘Plan B’ reflects a deadlock between the negotiators representing the and the opposition parties who held several meetings in recent days.

Defence Minister Pervaiz Khattak is leading the government’s team while the opposition's Rehbar Committee is headed by Akram Durrani.