PM Abbasi distances himself from Safdar's speech against Ahmadis 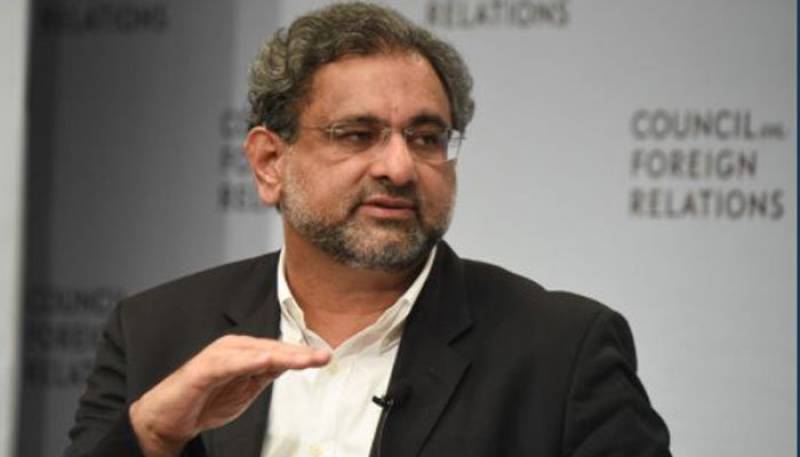 ISLAMABAD - Prime Minister Shahid Khaqan Abbasi has said that the ruling party, Pakistan Muslim League-Nawaz (PML-N) did not own the statement made by Captain (retd) Safdar demanding curbs on Ahmadiya community.

In an interview on Thursday, he slammed Safdar, also son-in-law of former Prime Minister Nawaz Sharif, for making a "senseless" speech at the National Assembly, adding that the party is not responsible for it.

He also said that a reply will be sought from Safdar regarding his statement, adding that the ex-PM's son-in-law should avoid giving such inciting statements.

He further said that any action that causes of creating uncertainty in the country will be taken as a conspiracy.

The premier's comments come after Safdar spat out vitriol during a session of the National Assembly and demanded to ban recruitment of the community members for Pakistani forces.

Regarding July 28 verdict in Panamagate case, he said that the matter should be left to history, which will better judge it.

He said that the cases against Finance Minister Ishaq Dar had affected his performance as the minister has to spend some time on the cases to prepare reply. He rejected the reports regarding asking Dar to resign from the post.

Speaking about the economic situation of the country, he said that the country was facing some challenges on this front, but the government is making efforts to tackle it by increasing exports and focusing on other sectors.

Commenting about decline of PIA, he laid stress on the privatisation of the national flag carriers to revive it.