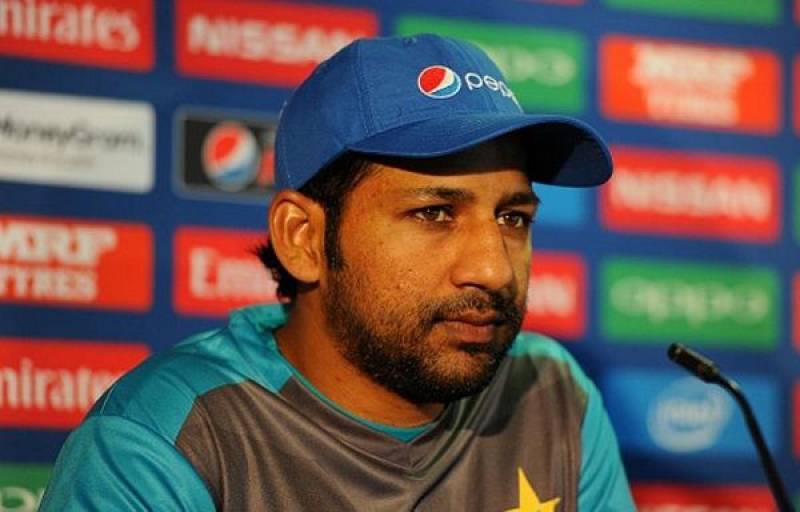 LAHORE - Sarfraz Ahmed on Thursday said Asia Cup is a great chance for Pakistan to rise up in the ICC ODI team rankings, especially when 2019 Cricket World Cup is not far away.

He said half the teams who will feature in the World Cup are participating in the Asia Cup so it is a great chance for us to see where we stand, said an ICC press release. “We have sweet memories of the ICC Champions Trophy last year but we have new challenges ahead,” he said.

Several leading players go into the upcoming Asia Cup aiming to not only consolidate their positions in the MRF Tyres ICC ODI Player Rankings but also to use the multi-nation tournament in preparation for the ICC Cricket World Cup 2019.

With five of the six teams in the Asia Cup to feature in next year’s mega event, players are excited at the prospect of being pitted against the best of the region in the 15-28 September tournament in the United Arab Emirates.

The Asia Cup commences with a match between Bangladesh and Sri Lanka in Dubai on Saturday.

Afghanistan, qualifiers Hong Kong, India, and Pakistan get into action later as they try to qualify for the Super Four stage and get more tournament practice with just eight months to go for the ICC Cricket World Cup 2019 in England and Wales from May 30 to July 14.

Meanwhile, second-ranked batsman, Pakistan’s Babar Azam said we as a team, are looking forward to the Asia Cup. “I know India’s Virat Kohli is way ahead in terms of rating points but this is definitely a chance to consolidate my position at number two and gain some valuable ranking points,” he said.

Third-ranked bowler of Pakistan Hasan Ali said Asia Cup is going to be an opportunity for a lot of our players. “I have been top-ranked in the format earlier and will try to reach the summit once again. This tournament provides me with a chance to work towards that objective,” he said.