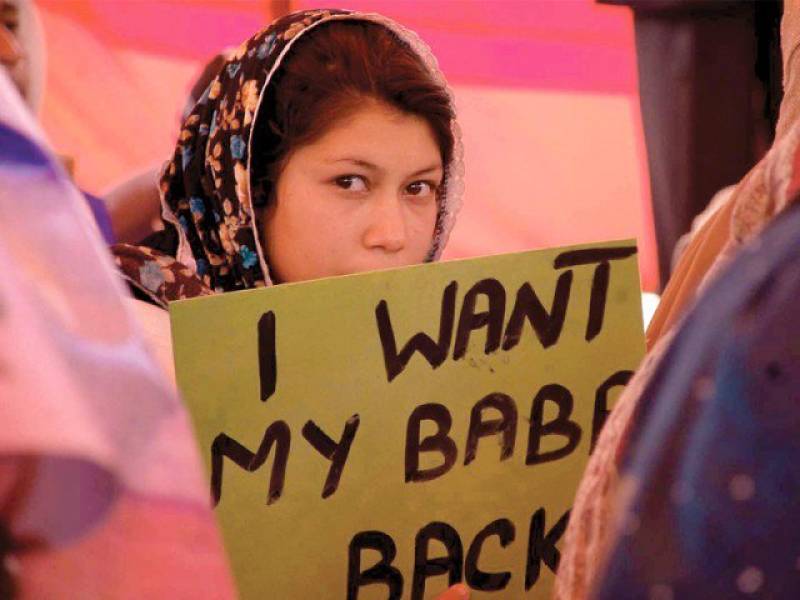 GWADAR - At least eight persons have returned to Gwadar and Panjgur areas of southwestern Balochistan province nearly three years after they had gone missing.

The Dawn News quoted officials as saying that seven persons who were missing since long were handed over to police in Panjgur town while another man returned home in Gwadar after a long absence.

Another missing person — identified as Abdul Ghaffar, son of Abdul Ghafoor — returned to his home in Gwadar. He was missing for the last three years.

They were missing for the last five months to three years and belonged to the Chitkan, Kalag, Essa and Tump areas, the newspaper reported on Wednesday.

They will be freed after minor cases registered against are disposed of.

ISLAMABAD - A total of 3,274 missing persons have returned safely to their homes across Pakistan during past seven ...

Meanwhile, as many as 13 out of 25 missing persons have been traced and reported back to their homes, according to a report submitted by the police and Rangers to the Sindh High Court in the missing persons case yesterday.

Those who have returned home include Ilyas, Zahid and Arif from Korangi, Munawar Ali from Baghdadi, Muhammad, Asadullah and Muhammad Nasir from Nazimabad and others.

The SHC directed the police and Rangers to take necessary steps to recover the remaining missing persons and submit a progress report by October 10.

Over 3,200 missing persons have returned safely to their homes across Pakistan during past seven years which is a remarkable achievement, according to the National Commission of Inquiry on Enforced Disappearance.

Due to the Commission’s efforts, a total of 3,274 people returned to their homes safely while the number of remaining cases stands at 1,710 till March 31st.

In February, the Commission conducted 173 hearings in Islamabad; 44 in Lahore; and 157 in Karachi.

Justice (r) Javed Iqbal was appointed the chairman of the judicial commission mandated to trace missing persons in 2011.