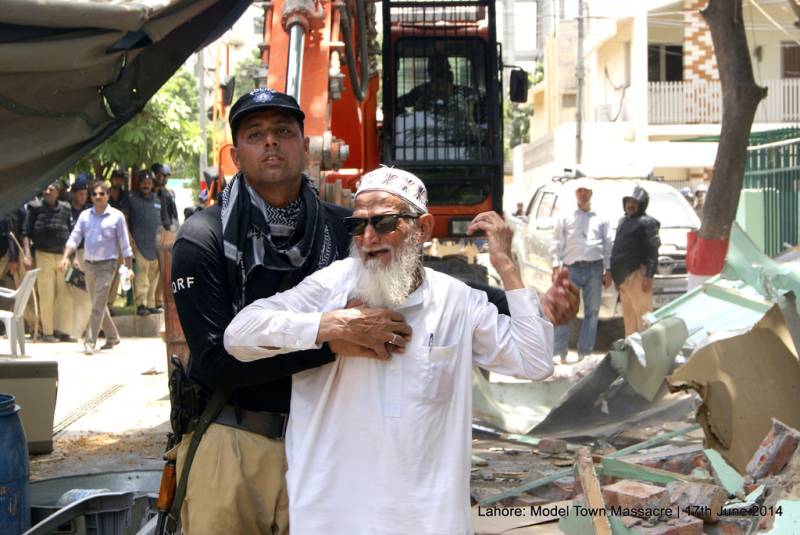 LAHORE - The Supreme Court has ordered the anti-terrorism court (ATC) to hear the Model Town case on a daily basis, in a bid to wind it up at a swift pace.

A two-member bench of Supreme Court Lahore Registry, headed by Chief Justice of Pakistan Justice Saqib Nisar, heard the suo motu case on the delay in the provision of justice to the victims of Model Town incident on Saturday.

During the court proceedings, the top court cancelled the leave application of ATC Judge Ijaz Awan and directed him to conduct hearings on a day-to-day basis.

The apex court also ordered that Justice Ali Baqar Najafi's report into the 2014 Model Town killings be made a part of the court’s records.

“We are not going against the law. The people who don't respect the judges will not get any relaxation,” remarked CJP Nisar while hearing the case.

Earlier, Prosecutor General Lahore had furnished record before the court and petitions of Model Town cases being heard in ATC and Lahore High Court.

The court also ordered the high court to give a verdict on the case pertaining to Model Town incident within two weeks.

At least 14 people were killed while 100 others were wounded in police action against Pakistan Awami Tehreek workers in Lahore's Model Town area during an 'anti-encroachment operation' on June 17, 2014.

On April 8, Cheif Justice Nisar had taken suo motu notice after an affectee Bisma, who lost her mother in the incident, requester her to intervene.

Chief Justice Nisar had assured her that justice will be dispensed. “You don’t need to be afraid as long as I am alive,” the CJP remarked.