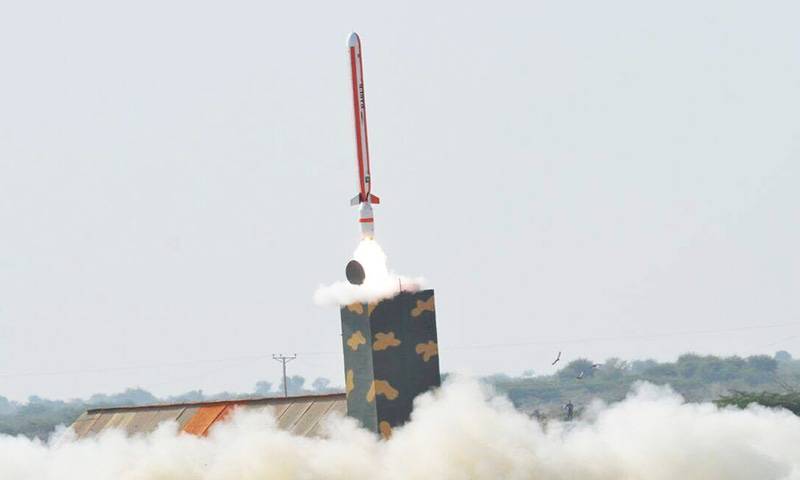 The tested missile — described by the ISPR as 'Babur Weapon System-1 (B)' — incorporates advanced aerodynamics and avionics that can strike targets both at land and sea with high accuracy, at a range of 700 kilometres.

Pakistan successfully test fired an enhanced range version of indigenously developed Babur Cruise Missile. The weapon system incorporates advanced aerodynamics and avionics that can strike targets both at land and sea with high accuracy at a range of 700 KMs. pic.twitter.com/MbAwh8Skrp

The Babur missile was unveiled in 2005 and since then has undergone several upgrades. It is a low-flying, terrain-hugging missile, which can hit targets both at land and sea with pinpoint accuracy, even in the absence of GPS navigation. It also has stealth features.

Equipped with the Terrain Contour Matching (TERCOM) and Digital Scene Matching and Area Co-relation (DSMAC) technologies, it can carry both nuclear and conventional warheads.

Last month, the South Asian country conducted another successful test of SLCM Babur. The missile was fired from an underwater dynamic platform, which successfully engaged its target with precise accuracy, meeting all the flight parameters.

"The missile provides Pakistan credible Second-Strike Capability, augmenting the existing deterrence regime," the ISPR said in its statement on March 29.