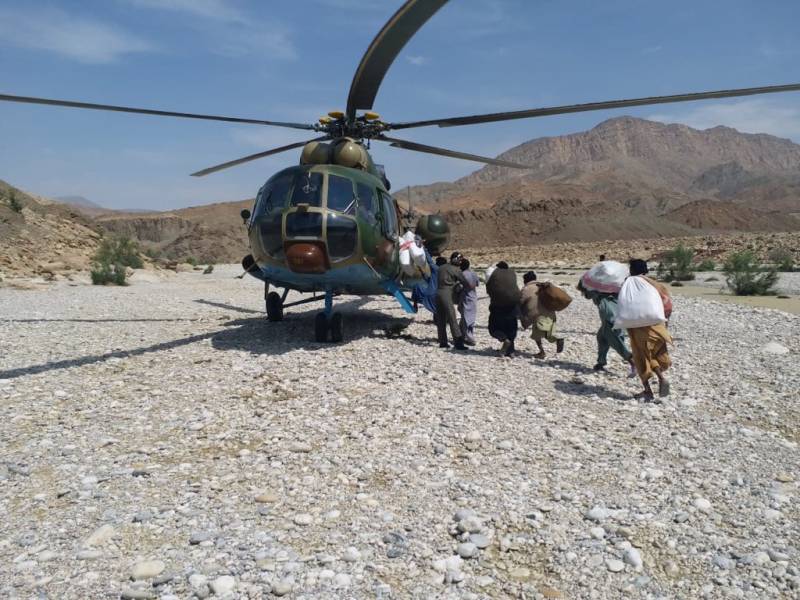 QUETTA - Pakistan Army rescued several Hindu Yatries from flooded water through helicopters on Sunday and shifted them to safe places who were trapped in flood water at Shuran near Gandawa area of Balochistan.

The rescue operation was conducted as Balochistan Chief Minister directed the local administration and security forces to take measures for ensuring protection of the flood victims.

Scenes of rescue operation in remote Shoran mountains of #Balochistan. Security forces promptly reacted and saved lives of all 170 members of #Hindu community after they got stranded due to flash flood while visiting #Harisar Devta. pic.twitter.com/ysOzaGlO2e