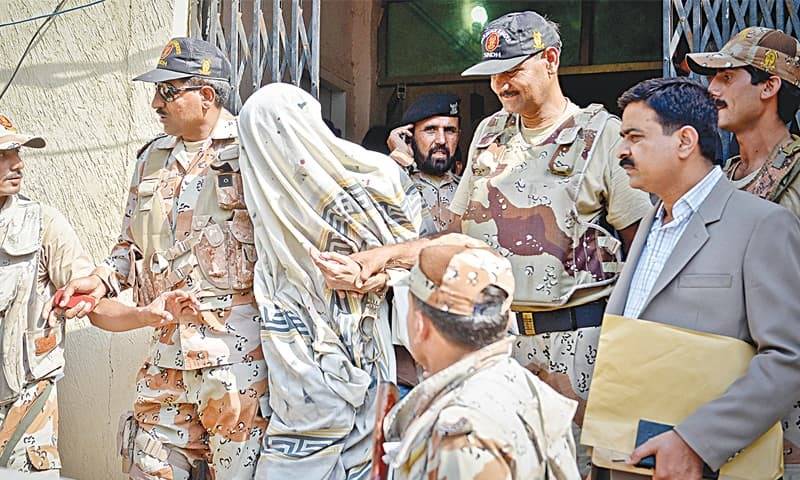 The suspects - Muazzam Ali Khan, Khalid Shamim and Mohsin Ali Syed - were presented in court where law enforcers requested a 14-day physical remand from the judge.

The court had earlier already reserved its judgment, which it announced Monday, granting the request for 14-day remand.

Dr Farooq, a prominent member of the MQM was murdered in 2010 outside his residence in London as a result of multiple stabs and a blow to his head.

The former MQM leader was twice elected an MP in Pakistan, but went into hiding in 1992 when the government ordered a military crackdown against party activists in Karachi. He later claimed asylum in Britain in 1999.

The case was also lodged against MQM chief Altaf Hussain and MQM senior leader Mohammad Anwar, and Iftikhar Hussain, who is said to be a close aide of the MQM chief.

The case was filed by Federal Investigation Authority's (FIA) counter-terrorism wing in Islamabad under Section 302 (premeditated murder) of the Pakistan Penal Code (PPC) and Section 7 of the Anti-Terrorism Act (ATA).