Shopkeeper arrested for 'No Ahmadis Inside' note 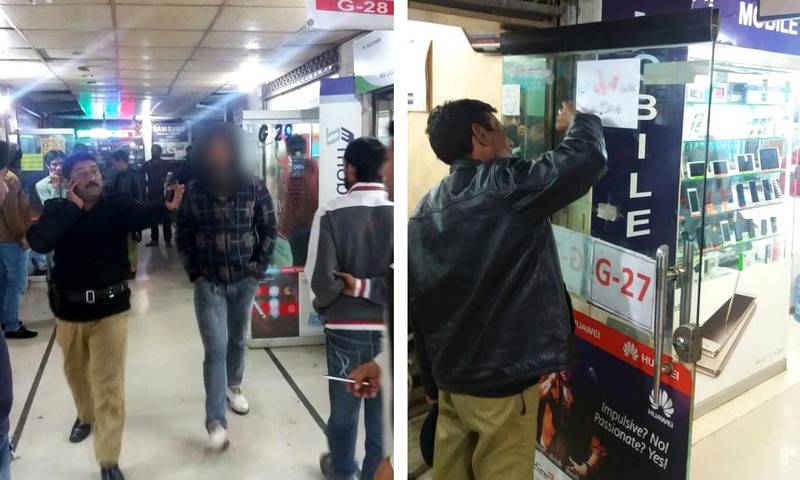 LAHORE (Staff Report) - Hardly a week after the picture of a note saying 'No Ahmadis Inside' pasted outside a shop went viral on social media, the Lahore police has arrested the shopkeeper on charges of hate speech and waging a threat to law and order.

The picture was originally tweeted by renowned journalist Raza Rumi and later the Lahore DCO replied to the post with a picture that showed the 'hate-speech' note being removed from the shop located in Hafeez Centre.

According to a police statement on Sunday, the shopkeeper was identified as Abid Hashmi and arrested during a raid of Gulberg officials.

The suspect will now be tired under sections 295-A of Pakistan Penal Code (PPC) and 16 of the MPO.

The action was taken on special instructions of DIG Operations Dr Haider Ashraf, who assured complete implementation on National Action Plan (NAP) in the statement.