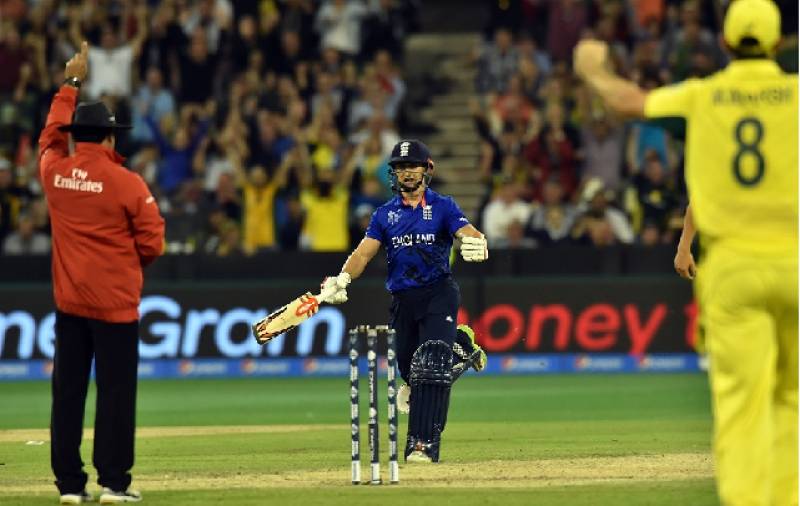 DUBAI (Web Desk) - International Cricket Council (ICC) has accepted that there was an umpiring error in the decision making when English batsman Jamer Taylor was declared run out during the match against Australia.

Accirding to the details James Taylor was denied a maiden international century by an umpiring error as Australia opened their World Cup campaign with a crushing defeat of England.

"Following Australia's 111-run win over England in the Group A ICC Cricket World Cup clash at Melbourne Cricket Ground on Saturday night, the Playing Control Team (PCT) met and reviewed the final ball of the game which resulted in James Anderson being given run out," an ICC statement said.

"Article 3.6a of Appendix 6 of the Decision Review System Playing Conditions states that the ball should have been deemed dead when the batsman (James Taylor) was given out LBW. No further runs or dismissals were possible.

"The PCT spoke to the England team management and acknowledges that the game ended incorrectly and that an error was made."

The confusion arose when Taylor was given out by umpire Aleem Dar following a leg before appeal from Josn Hazlewood. However, Taylor called for a review which suggested the ball was passing down the leg side. Dar's original decision was therefore overturned. But as England attempted a single from the same delivery, Glenn Maxwell hit the stumps before Anderson could make his ground. After some confusion and a number of replays, the square leg umpire, Kumar Dharmasena gave Anderson out.