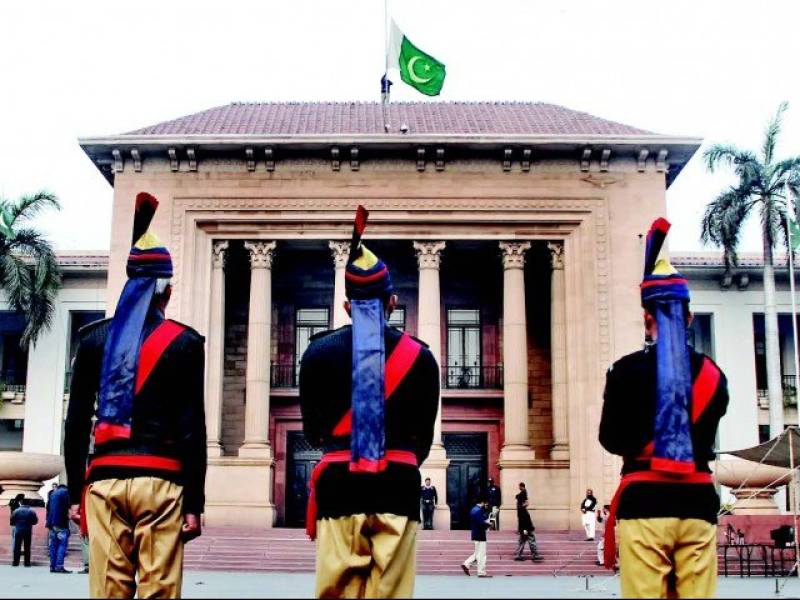 The resolution was unanimously adopted during the Punjab Assembly session with Speaker Chaudhry Pervaiz Elahi in the chair.

Punjab assembly session started 1 hour 10 minutes behind its scheduled time of 3 p.m. Punjab Law Minister Raja Basharat presented a resolution in the house to amend rules of procedure 1997 to empower the Speaker.

In the aftermath of the amendment Punjab Assembly Speaker under rules 244A could issue production orders of any arrested member assembly to attend the session to ensure that a member assembly could attend a session.

The law regarding the production orders of a parliamentarian already existed in the National Assembly and three other provincial assemblies of the country.

After the amendment in the rules of procedure becomes a law after the amendment is adopted the Assembly, PML-N would file an application to the Speaker PA for the production orders of Khawaja Salman Rafique who had been under the NAB custody.

The opposition leader felicitated the Speaker Punjab Assembly, the Law Minister and all other Assembly members on the adoption of the amendment.

Opposition Leader in the PA Hamza Shehbaz Sharif urged the Speaker to issue production orders of the Opposition MPA Khawaja Salman Rafique once it became a law.

The treasury benches also presented two bills to be adopted including the Punjab Domestic Workers Bill 2018 but the house deferred on the intervention of Speaker PA Chaudhry Pervaiz Elahi.

The Speaker Punjab Assembly asked the government to involve the opposition and the member of the civil society so that the rights of the domestic workers could be preserved in a better way, adding that the hurried decision could undermine the interests of the workers.

Speaker Punjab Assembly Ch Pervaiz Elahi adjourned the session for Tuesday at 11:00 am.