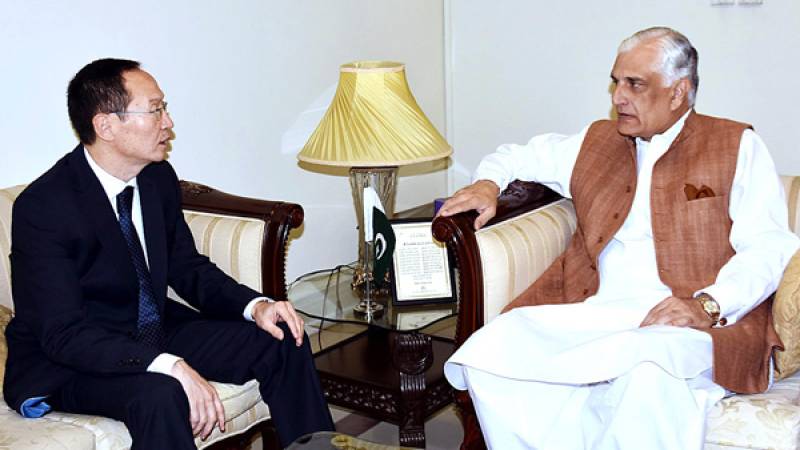 ISLAMABAD - Minister for Climate Change Zahid Hamid on Friday said that Pakistan would participate in International Snow Leopard Conservation Summit (ISLCS), scheduled to be held next month in the Kyrgyz Republic.

The minister stated this during a meeting with the ambassador of Kyrgyz Republic to Pakistan Erik Beishembievpaid.

Zahid Hamid said that the government is taking all possible measures for conservation of Snow Leopard.The population of snow leopard is increasing due to the efforts of the government.

The trophy hunting is the animal (or its head, skin or any other body part) that the hunter keeps as a souvenir. It is a booming industry and is legal.

He said that academia from Quid-i-Azam University and International Union for Conservation of Nature (IUCN) are jointly conducting research on different features of snow leopard including habitat, DNA, ecosystem.

The Ambassador stressed the need for enhancing trade relations between both countries.

“Kyrgyz Republic is part of “one belt one road” it will help decreasing distance and cost,” he added.