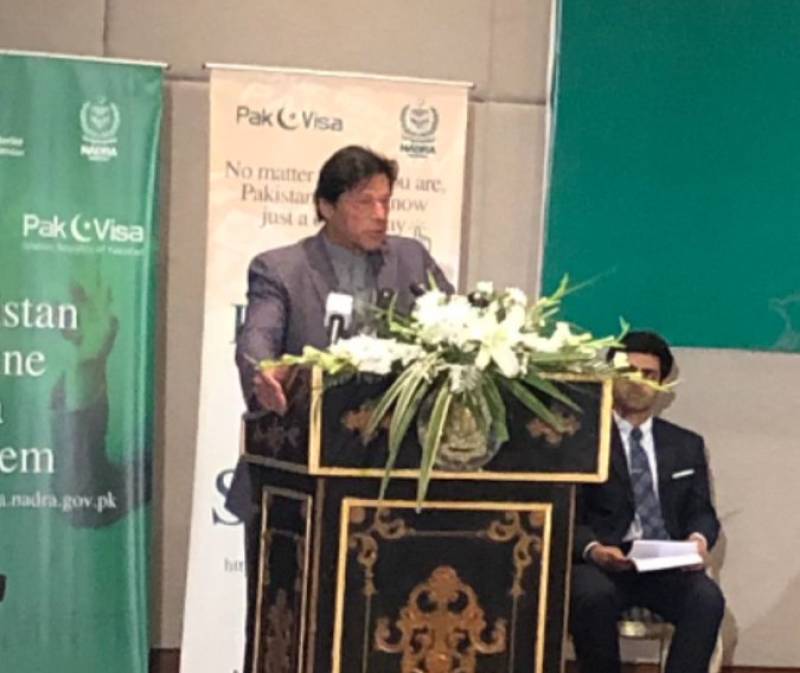 Addressing a ceremony for online visa inauguration in Islamabad, the PM termed the new visa regime a step toward ‘Naya Pakistan’ saying "Pakistan does not face security issues anymore".

The premier said that the new visa policies depict a new mindset due to which people will come to Pakistan and see for themselves the potential of the country.

Imran Khan, on the occasion, vowed that all the matches of Pakistan Super League would be held in Pakistan next year; currently, only eight matches are scheduled to be played in the country.

Pakistan enters in another era, an era of getting discovered its land of flowers and essence by the tourists of 175 countries with a fresh visa regime facilitated by Online Visa across the world. pic.twitter.com/zjluTJ8mzQ

"Issuance of online visa is a major step towards bringing real change as it will open the country to the outside world. It also shows that Pakistan is a peaceful and stable country and open to the world for business and tourism," the premier shared.

The beautiful region of Gilgit Baltistan of Pakistan is twice the size of Switzerland and there are still many unexplored areas in the area, Imran Khan opined.

The premier observed that the country was opening new doors for the world and tourism task force is exploring new venues for the tourists.

Imran Khan also lavished praise on Ministry of Interior for what he said was a 'historical move' and cited the example of Malaysia and Turkey earning billions through tourism.

As per the new visa policy, e-visa facility will initially be provided to five countries namely Turkey, China, Malaysia, United Kingdom and the United Arab Emirates as the citizens of these countries will be able to apply for Pakistani visa for $8 fee.

Those aspiring to visit Pakistan can simply visit the Nadra website and apply for visa by following a few steps.

Moreover, the number of countries for the business visa has been increased from 48 to 96.

Information Minister Fawad Chaudhry had expressed a day earlier that the policy will be extended to 170 countries in future.