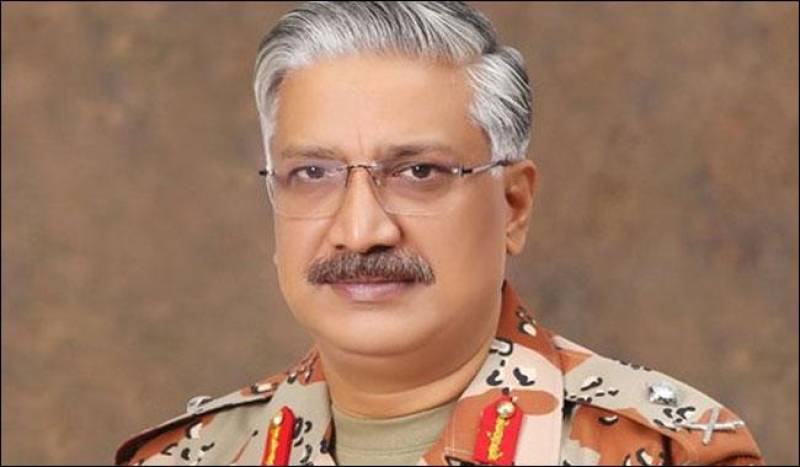 The DG expressed this while talking to a private news channel on Monday days after Pak Sarzmeen Party (PSP) chief Mustafa Kamal claimed that the meeting between him and Muttahida Qaumi Movement Pakistan (MQMP) head Farooq Sattar was arranged by the 'establishment' on latter's request.

Saeed refused to back the merger of both parties, adding, "we just don't want a clash between them" after once peace has been restored in the provincial capital by rendering sacrifices.

He revealed that leaders of both parties held several meetings with Rangers and other law enforcement agencies but they were not dictated for any political stunt.

Saeed added that it was a matter of routine to hold meetings with stakeholders of Karachi since the launch of operation in Karachi.

He also refused the impression that the MQM-P was set up at the office of former DG Rangers Bilal Akbar. "Why we need to pursue cases against them if MQM was formed by the armed forces?" he highlighted.

Earlier, PSP and MQMP leaders held a joint presser in Karachi and decide to contest next general election under one symbol and manifesto, but the alliance could last for few hours as Sattar withdrew his decision and called off the merger.

Following Sattar's withdrawal, Kamal held a press conference and expressed that he would disclose the complete truth contrary to Sattar who unveiled 'half truth'.

Kamal further alleged that Farooq Sattar used to pressurize PSP through establishment for a merger with MQM.

'We had clarified that PSP would not merge with MQM' he declared and added that several MQM-P leaders including Kamran Tessori, Faisal Sabzwari took part in meeting conducted in the backdrop of MQM-PSP merger.

He continued that when he did not accept MQM, how could he forge an alliance with it.