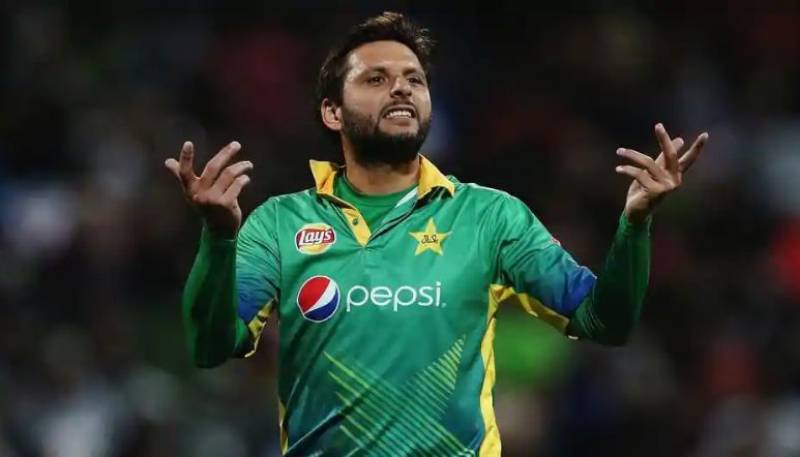 Shahid Afridi took to Twitter after Hindustan Times quoted Afridi as saying, “I say Pakistan doesn’t want Kashmir. Don’t give it to India either. Let Kashmir be independent. At least humanity will be alive. Let people not die. Pakistan doesn’t want Kashmir. It can’t even manage its four provinces. The big thing is insaaniyat (humanity). People who are dying there, it is painful. Any death, be it from any community, is painful."

The full video of the Kashmir Issue being addressed by Shahid Afridi at yesterday’s Parliament session being manipulated by the Indian Media #ShahidAfridi pic.twitter.com/CeH2bCiVLG

Minutes after a video of his speech appeared on social media, his comments made headlines on Indian media outlets. Pakistani TV channels followed soon, criticizing Afridi for making careless comments regarding an issue that was close to every Pakistani's heart.

Later, Afridi tweeted, "My comments are being misconstrued by Indian media! I'm passionate about my country and greatly value the struggles of Kashmiris. Humanity must prevail and they should get their rights."

My comments are being misconstrued by Indian media! I'm passionate about my country and greatly value the struggles of Kashmiris. Humanity must prevail and they should get their rights.

My clip is incomplete & out of context as what I said before that is missing.Kashmir is unresolved dispute & under brutal Indian occupation. It must be resolved as per UN resolution. Myself along with every Pakistani support Kashmiri freedom struggle. Kashmir belongs to Pakistan.

The firebrand cricketer soon issued a statement on social media, clarifying his "passionate" remarks and accusing Indian media of misinterpreting his comments and presenting them "out of context.