Army has right to comment on economy, says Opposition leader 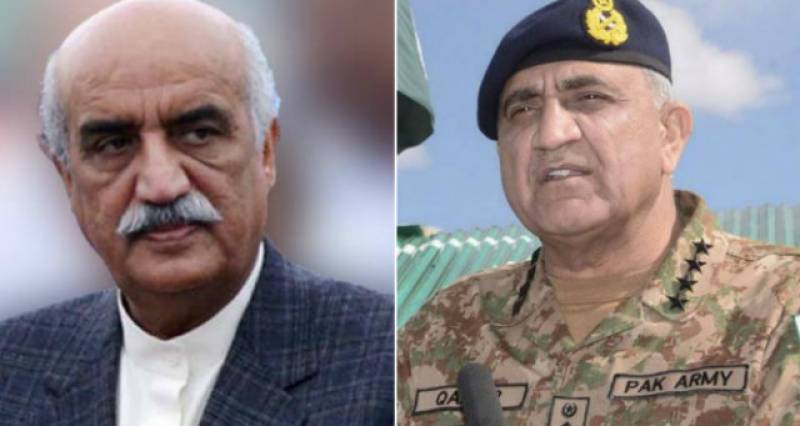 SUKKUR - Leader of Opposition in National Assembly Khurshid Shah has said there is nothing wrong with the army chief commenting on the state of the economy since he is the commander-in-chief of Pakistan.

“A weakened economy means a weakened army,” Shah said while speaking to media in Rohri. He maintained that everyone has a right to comment on country’s economy and that includes the army chief too.

He was referring to Interior Minister Ahsan Iqbal’s statement that “the Inter-Services Public Relations (ISPR) director general should refrain from commenting on the country’s economy”.

WASHINGTON - Interior Minister Ahsan Iqbal on Friday has reacted on the ISPR's statement and said that the army should ...

Ahsan Iqbal had on Friday held that Pakistan’s economy is stable and is doing a lot better than it was in 2013. He also asserted that the country’s economy is not army’s business.

His statement came a day after the military spokesman, Maj Gen Asif Ghafoor, had said in an interview “if the economy is not bad, it is not doing so well either.”

Prior to that, Chief of Army Staff Qamar Jawed Bajwa, while addressing economists and businessmen during a seminar in Karachi, had said the country’s economy was showing mixed indicators and that the tax base needed to be expanded and economic policies continued to be able to break the “begging bowl”.