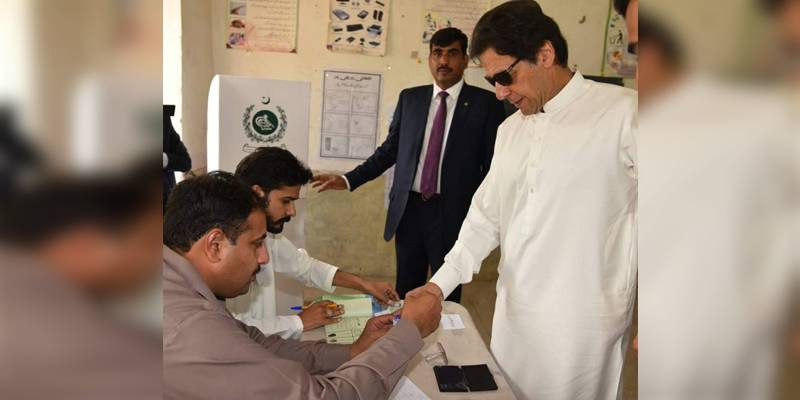 Islamabad - Prime Minister Imran Khan casted his vote in by-elections today in NA 53 Islamabad, a seat among others he left to retain his paternal one.

During his visit, strict security measures were taken.

Other prominent politicians also casted their votes in their respective constituencies.

Other leaders are also performing their national duty in their respective areas. The voting process will continue till 5:00PM.