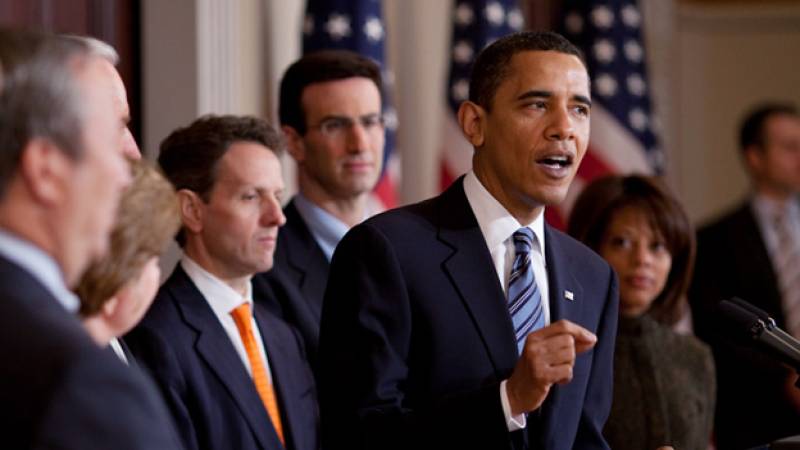 WASHINGTON DC (Web Desk) - The US Congress will have a say on a nuclear deal with Iran, under a new agreement reached with the White House.

President Barack Obama withdrew his opposition to a bipartisan bill that was unanimously passed through the Senate Foreign Relations Committee.

He has agreed to sign the bill, which gives Congress the right to reject any forthcoming agreement with Iran.

An outline agreement on the future shape of Iran's nuclear programme was reached after marathon talks in April.

The US, Iran, and four other nations have set a deadline of 30 June to finalise a deal which would ease western sanctions in exchange for restrictions on Iran's nuclear programme.

Some Republicans have argued against the deal, saying Iran has received too many concessions.

They have always insisted they must have a say if any agreement means economic sanctions levied by Congress against Iran will be lifted.

The bill is now likely to clear both houses in the Republican-controlled Congress.

An earlier version of the bill had placed a 60-day halt to any plan by Mr Obama to lift sanctions on Iran.

But that review period has been reduced to 30 days.

Mr Obama will still be able to lift sanctions he himself imposed through executive action but he would be unable to ease those imposed by Congress.

Meanwhile, Russian traders, analysts and industry players on Tuesday questioned Moscow's announcement that a long-heralded oil-for-assets barter deal with Iran was already being implemented, saying they saw no signs of extra trade.

Russian officials said on Monday Russia was sending grain, equipment and construction materials to Iran in the barter deal, the first step in securing a foothold in a new market since the West imposed sanctions on Russia over Ukraine.

On Tuesday, the Kremlin confirmed the deal was being implemented.

The announcement and an accompanying one that Russia was ready to supply an advanced S-300 anti-missile system to Tehran, prompted alarm in Washington, which, along with other Western countries and the United Nations, has imposed sanctions on Iran over its disputed nuclear program.

Politically sensitive negotiations are now in their final stages on a deal to end a decades-old dispute between Iran and the United States, Britain, France, Russia, China and Germany on the nuclear program, which the West suspects has military aims and Tehran says is peaceful.

Russia has acted quickly to cement ties with Iran after an interim deal was reached this month on curbing the Islamic republic's nuclear program in exchange for removing economic sanctions. Talks will resume on April 21 with the aim of reaching a final accord by the end of June.