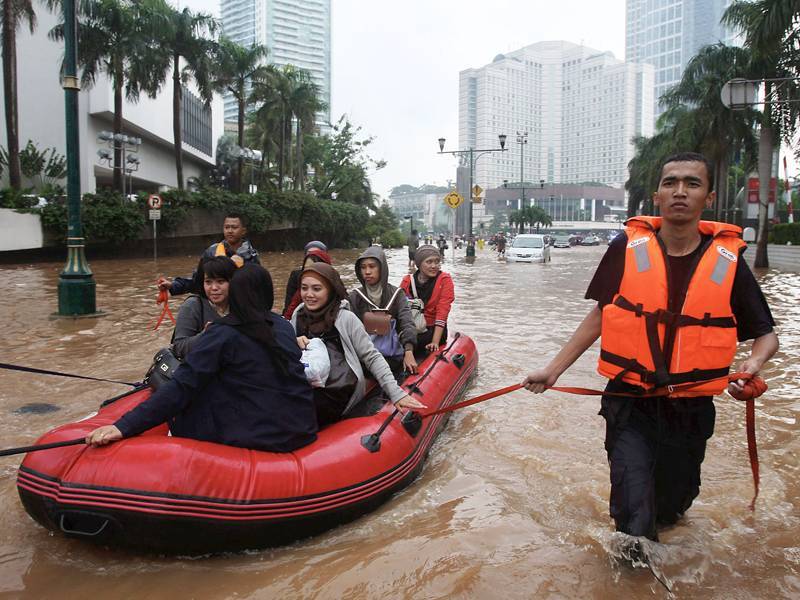 VIENNA (Web Desk/APP) - As a social networking tool used by millions, Twitter can be a great help in disaster operations, said researchers on Tuesday who created real-time flood maps using data from tweets.

Around 900 flood-related tweets per minute were sent in the Indonesian capital Jakarta during floods in February, Dirk Eilander of the Netherlands-based Deltares research institute said at a European Geosciences Union meeting in Vienna.

"These tweets tend to have a very detailed description," he told journalists - including pictures and information on the precise location, sometimes even water depth.

It is often difficult to gather data fast about the extent of floods in disaster-prone Indonesia, "especially real-time, when they are happening," said Eilander - but also in other places of the world.

Existing data sources include satellite and aerial images and ground observations, all of which take time to assemble.

Deltares and another Dutch organisation, Floodtags, have now come up with a method to use Twitter data to create maps of areas to be targeted for post-disaster assistance.

Flood-related tweets are filtered to remove spam and retweets, and then mined for data on water depths and location.

The information is compared to digital maps of low-lying and flood-prone areas, as well as district-specific data on the number of tweets and water depth per tweet.

"We combine this information to come up with flood probability maps," Eilander said.

In a validation exercise, the team applied their method to Jakarta's February floods, and compared their findings with photographic evidence of the extent.

They found "that in 76% of districts... we modelled the floods correctly," Eilander said - affording proof of the concept.

"So although there is still some room for improvement, these maps are very useful information for emergency services, for example to find people who are affected or to plan for evacuation."

In March, Twitter chief Dick Costolo said the company would work with Indonesian authorities to warn people about natural disasters.

There were around 13.6 million Indonesian users in 2014, according to online ad researcher eMarketer.