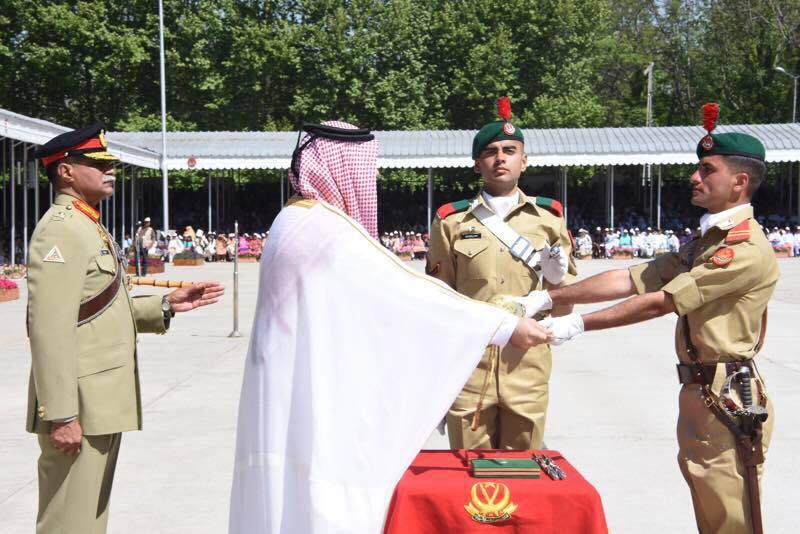 KAKUL -The passing out parade of 135th PMA long course, Integrated Course 54, and Mujahid Course 7 was held on Saturday at the Pakistan Military Academy Kakul, Abbotabad.

According to a statement issued by Inter-Services Public Relations (ISPR), cadets from Saudi Arabia and Palestine also participated in the passing out parade.

A large number of senior serving and retired military officials, diplomats, and relatives of the cadets witnessed the parade.