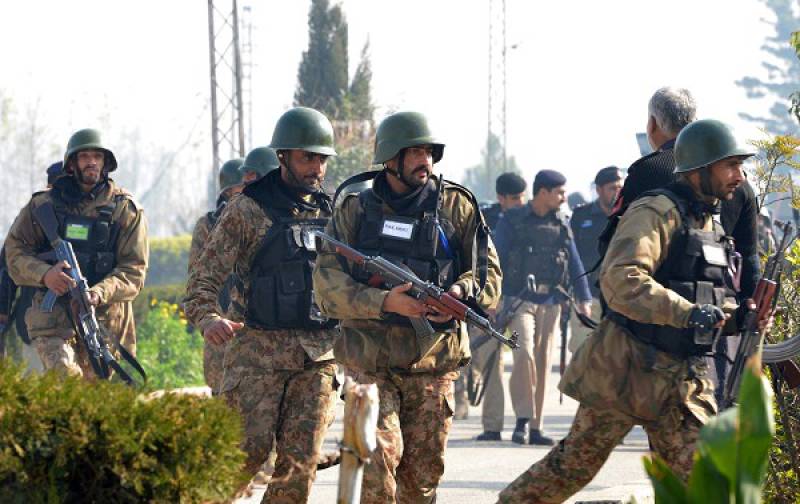 LAHORE - In a successful operation, intelligence agencies have foiled a major terrorist attack planed for Easter in Lahore, reported ISPR on Saturday

According to a press release, security forces carried out an intelligence-based operation near the Punjab Housing Societies in Lahore.

During the action, a terrorist was killed while a female suspect was apprehended in the operation. Four soldiers including two officers sustained injuries, while suicide jackets and explosive material was recovered from the suspects.