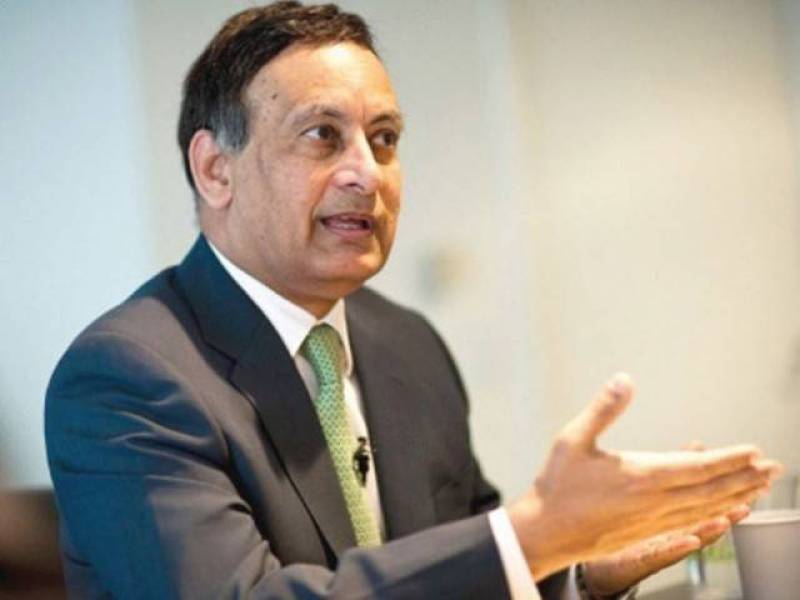 ISLAMABAD - The Supreme Court on Thursday issued arrest warrants for Pakistan's former ambassador to the US Husain Haqqani in the Memogate case.

During the hearing, Bashir Memon, Director General Federal Investigation Agency (FIA), said that a letter has been written to Interpol for the issuance of red warrants against Haqqani.

At the last hearing, the apex court summoned the secretaries of the interior and foreign ministers, and the Federal Investigation Agency director general to inform the court about possible measures to bring former ambassador Husain Haqqani to Pakistan.

During the hearing Advocate on Record (AOR) Chaudhry Akhtar and Asma Jahangir appeared before in the court and withdrew their Wakalatnaama.

On Wednesday, Husain Haqqani instructed his advocate on record and counsel to withdraw from further Supreme Court proceedings in the Memogate case, saying “these have no relevance in the eyes of the world at a time when the standing of Pakistan’s politicised judiciary is at its lowest.

Haqqani in reaction over the arrest warrant says, “Such political ‘warrants’ have not been honored abroad in the past, and will not work now,” adding, “Similar ‘Made for TV News’ warrants issued for Mohtarma Benazir Bhutto in 2006 and former General Pervez Musharraf in 2012 did not work nor were they effective against Mr. Altaf Hussain”.

WASHINGTON – Pakistan’s former ambassador to US Hussain Haqqani on Thursday reacted over the issuance of arrest ...

He said, “I have read with mild amusement the Pakistan Supreme Court’s claim to have issued international warrants for my arrest for failing to appear before it”.

Questioning authority of the apex court, the former ambassador said: “Nowhere in the world do Supreme Courts issue warrants, that being a function reserved for trial courts. I have not been charged with any crime and have not been put on trial”.

'Pakistan’s politicised judiciary is at its lowest'

Haqqani in a statement yesterday said, “no expectation of justice or fair play from the Pakistani establishment, of which the Supreme Court is an integral part” and described renewal of the Memogate case after a hiatus of six tears as “an attempt to revive propaganda against me in anticipation of my forthcoming book ‘Reimagining Pakistan.”

WASHINGTON - Former ambassador to the United States, Husain Haqqani has instructed his advocate on record and counsel ...