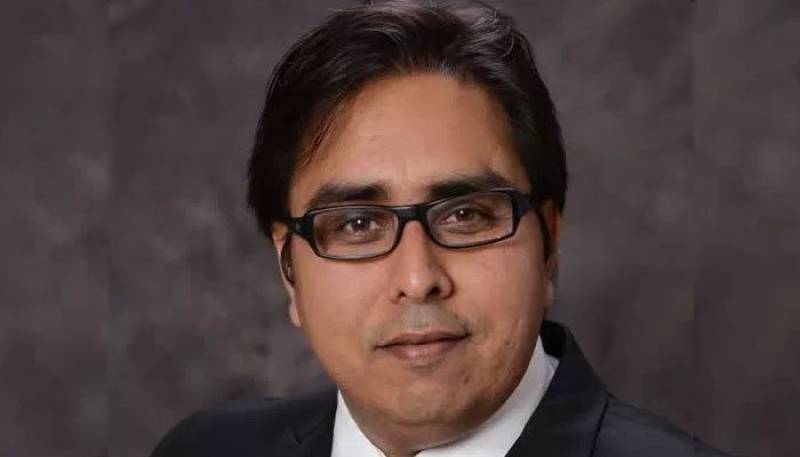 LAHORE - Dr. Shahbaz Gill has registered an FIR against three officials of a Turkish company, including two Turks, for defamation and fraud under various provisions including preparation and 'falsification of documents'.

As per the police report, the petitioners who have filed a suit against Special Assistant to Prime Minister Shahbaz Gill have themself been accused of fraud and forgery.

Islampura Police on Friday night, have arrested Tahir Mubin, a Pakistani, over alleged fraud for an initial investigation.

Earlier this month, a defamation suit was filed against the premier's aide by the local officials of a foreign company who accused Gill of leveling allegations of corruption and kickbacks in a contract to operate the Lahore Metro Bus service.

A copy of the FIR filed by Shahbaz Gill. 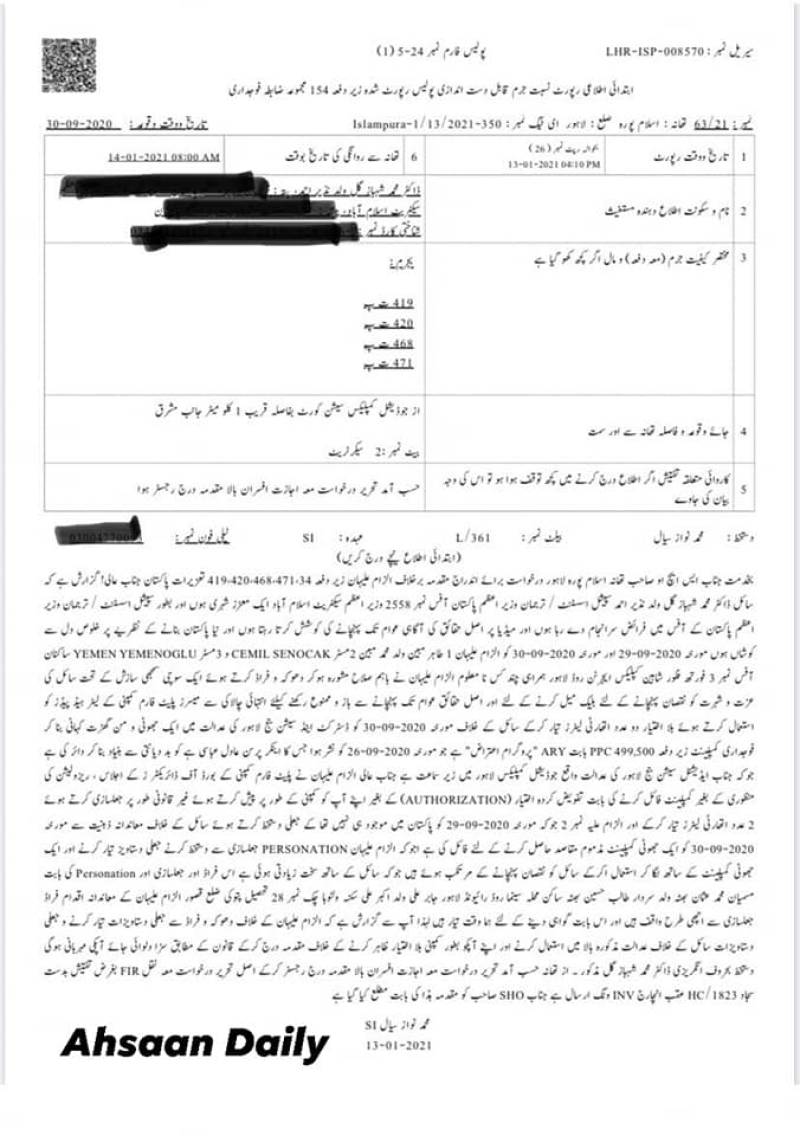 Now the charge brought against Mubin and a senior official of Platform Turizm, according to a first information report (FIR), is that they filed a case against Gill on behalf of the company without clearance from the company's board of directors, even though they submitted documents in court claiming that the authorisation had been given.

Shahbaz has claimed that the authority letter handed to the court supporting the authorisation was fraudulent.

He has argued that the signatures of one of the people in the authority letter appeared to be doctored as the individual in question was not even in Pakistan when the letter was signed.