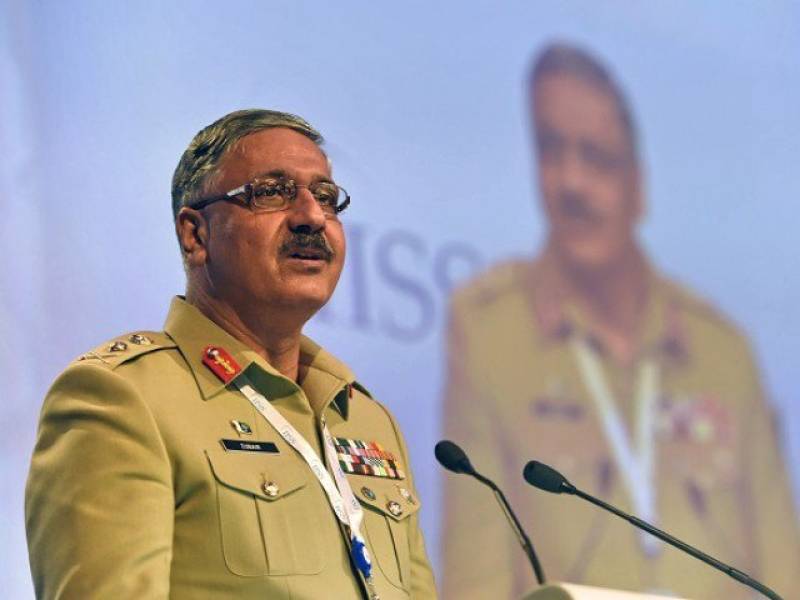 He was addressing at the passing out parade of 107th Midshipmen 16th Short Service Commission Course Parade ceremony progress in Karachi. Cadets from Qatar, Bahrain, Maldives were also part of the parade.

Hayat highlighted that the Indian agency wanted to destablise Balochistan using anti-state elements, adding that all nefarious designs of enemies will be failed. He linked the lasting stability in the region with peace in Afghanistan.

He also expressed concerns over violation of human rights in Indian-Occupied Kashmir, adding that Pakistan believed in peaceful coexistence.

Highlighting the importance of ongoing operation Raddul Fassad, General Zubair said it is not merely a military expedition as the operation aimed at eliminating terrorists and their facilitators from the country.

Pakistan Navy has formed a task force for China Pakistan Economic Corridor project (CPEC) and Gwadar port, he said, adding that the port had a key role in the development of Pakistan and success of the CPEC.

On the occasion, he extended congratulations to the passing out cadets and suggested them to be loyal to the country was their top priority. Pakistan is proud of their national sea guards.