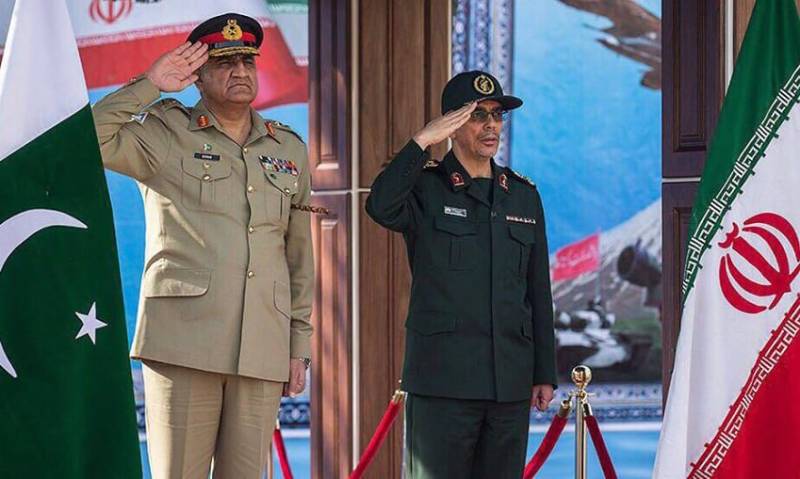 ISLAMABAD/TEHRAN - Chief of Staff of the Iranian Armed Forces Major General Mohammad Hossein Baqeri arrived in Pakistan on Sunday, while leading a high-ranking military delegation, during his three-day visit to Pakistan.

The Iranian top military official is visiting Pakistan accepting the invitation extended by General Qamar Javed Bajwa, the Chief of Army Staff of the Pakistan Army.

The visiting Iranian delegation arrived in Pakistani capital city of Islamabad on Sunday afternoon and was welcomed by Iranian ambassador to Islamabad and a host of Pakistani military officials.

This visit is in response to General Bajwa’s visit to Tehran back in November 2017, and the two sides are aiming to assess the implementation process of the agreement signed in Tehran.

The visit comes after Iran, Pakistan, Russia and China recently agreed to join efforts in fighting Daesh, or the so-called ‘Islamic State’ (ISIS) in the neighbouring Afghanistan.

The quartet also agreed on confronting “all other terrorists groups” in the Central Asian country.

The meeting also discussed ways to stop the infiltration of Daesh terrorists from Iraq and Syria into Afghanistan. The participants further agreed to share intelligence towards fighting terror.

Around 10,000 Daesh terrorists were functioning actively in nine provinces in Afghanistan.

Pakistani army chief Bajwa visited Tehran last November after 10 Iranian border guards were killed and two others injured in an ambush near the town of Mirjaveh in the southeastern Iranian province of Sistan-Balochistan, which borders Pakistan.

The upcoming visit by Baqeri is also expected to feature assessment of the progress made in the implementation of the agreements reached between the two countries during Bajwa’s visit.