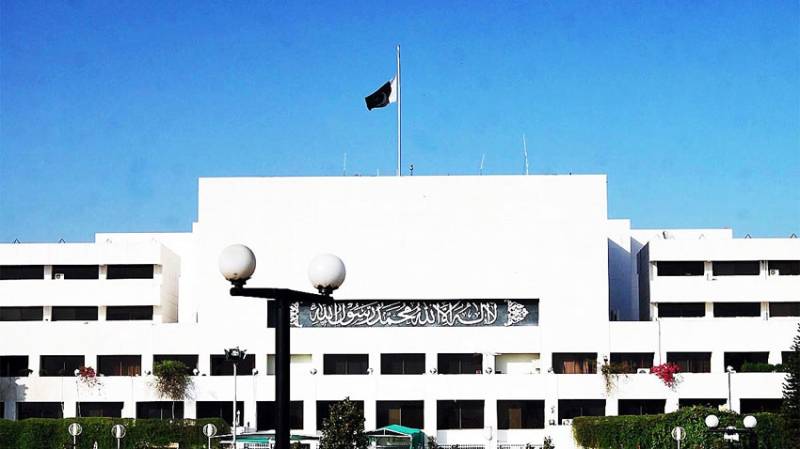 LAHORE - The nation is observing the mourning day today, to express solidarity with the families of victims of recent terrorist attacks in Khyber Pakhtunkhwa and Balochistan.

The national flag is flying at half-mast to mourn the deaths of nearly 150 people in the recent terrorist strikes ahead of the July 25 general elections.

Balochistan government has also announced to observe three-day mourning in the province in the wake of tragic Mastung incident.

Terrorist on Friday targeted a gathering of Balochistan Awami Party (BAP) leader Siraj Raisani in the Mastung area, killing at least 131 people and injuring over 200 others. Raisani, who was a candidate from PB-35 (Mastung), was among those killed in the attack.

Meanwhile, the martyrs including Balochistan Awami leader Nawabzada Siraj Raisani have been laid to rest in their ancestral hometowns and villages.

The funeral prayer of Siraj Raisani was offered in Moosa Stadium in Quetta Cantonment which was attended among others by the Chief of Army Staff General Qamar Javed Bajwa, the governor and chief minister Balochistan, provincial ministers and senior civil and military officials.

Later, his coffin was taken to his native town Kanak by helicopter where he was laid to rest in the Martyrs' Graveyard.