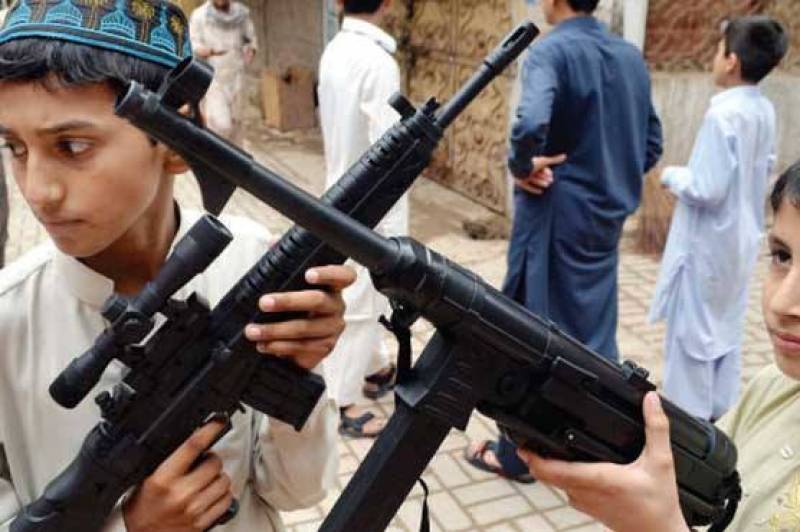 KARACHI - The Home Department of Sindh has banned carrying and display of all kind of arms at public places in the province ahead of general election 2018 scheduled for July 25.

The ban is in place with immediate effect till July 26, a day after the upcoming polls, according to a notification issued by the department.

Exhibition of firearms is also banned in and around polling stations, the notification further read.

The Home Department announced that strict action would be taken against those found violating the ban.

Last week while addressing a press conference, Director General Inter Services Public Relations (ISPR) Major General Asif Ghafoor said that on polling day, troops will be stationed both inside and outside the polling stations.

Two security officials will be present inside and two outside 20,831 'sensitive' polling stations, the DG ISPR said, while deployment will be lower at non-sensitive polling stations.