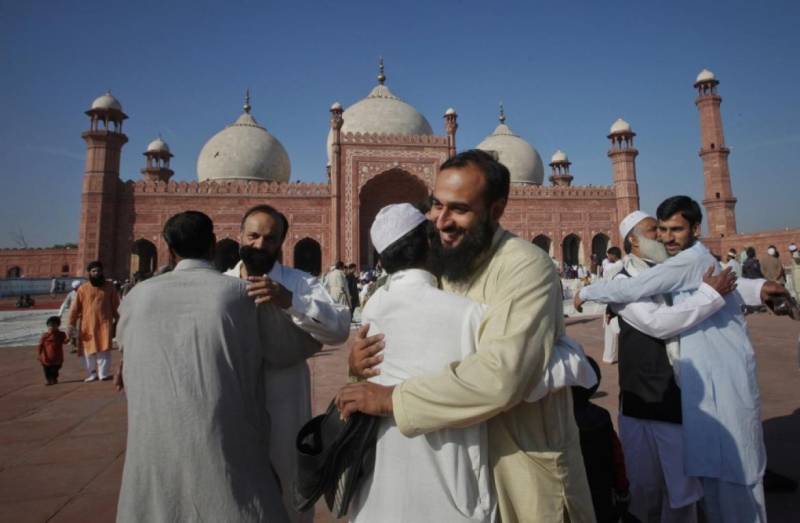 ISLAMABAD - The Pakistan Meteorological Department has said that Eidul Fitr will be celebrated across the country on Monday, June 26, 2017.

The department expected the moon will mark the beginning of the month of Shawwal likely to be sighted on Sunday (June 25). As a result, Eidul Fitr will be celebrated in the country on June 26.

According to astronomical parameters, there is a ‘good chance’ that the new moon will be sighted on the evening of June 25, which will be Ramazan 29, said a PMD official. He added that the new moon of Shawwal will be born on crossing conjunction point at 07:31 PST on June 24.

The weather is expected to be fair to partly cloudy in most parts of the country on June 25, and thus a high likelihood of moon-sighting is expected, said the official.

The Met Office had also predicted about the Ramazan crescent, which proved correct.

A meeting of the Central Ruet-e-Hilal Committee to sight the moon has reportedly been scheduled in Peshawar on Ramazan 29 (Sunday, June 25).

“However, it seems a bit difficult because a controversial cleric from Peshawar’s Masjid Qasim Khan announced the holy month of Ramazan to start in Khyber-Pakhtunkhwa from May 27 – a day before it was started across the country,” he said, referring to Mufti Shahabuddin Popalzai.

The Ministry of Religious Affairs made efforts to push Popalzai to cooperate with the government so that the first of Ramazan and Eid happen across the country on the same day, but all in vain.

“Due to the absence of a law, we cannot impose a fine or punish anyone who would announce the moon-sighting before an official announcement by the Ruet-e-Hilal Committee,” he said, requesting the media and unofficial religious committees to cooperate with the Ministry of Religious Affairs in this regard.