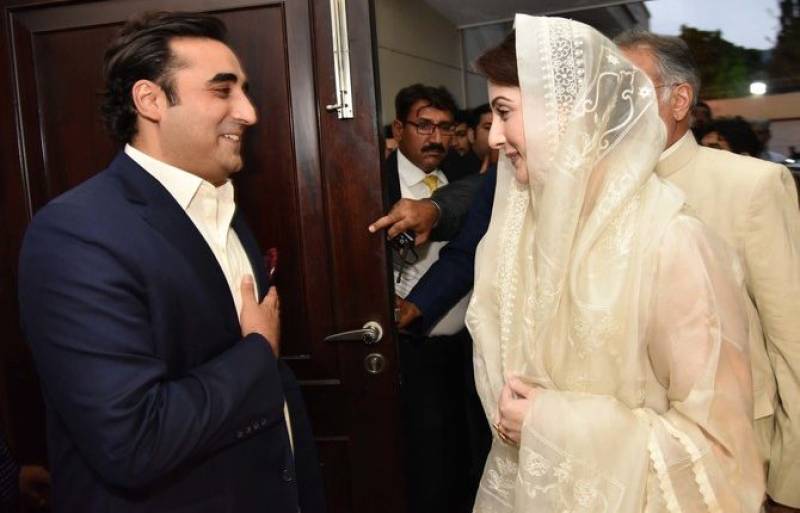 Maryam invited Pakistan People’s Party (PPP) Chairman to her residence in Jati Umra via telephonic conversation; the PPP leader accepted the invitation and is expected to meet the PML-N leader at 1.30 pm.

The meeting - second of its kind - will be attended by leaders from both political parties and issues ranging from budget to recent wave of arrests are expected to come under discussion.

In May, Bilawal hosted Maryam Nawaz along with other political leaders in Islamabad and it was decided that a strategy would be carved out for protest against the government.

Bilawal had said at the time that JUI-F leader Maulana Fazlur Rehman has called an APC after Eid to chalk out a joint strategy against the government.