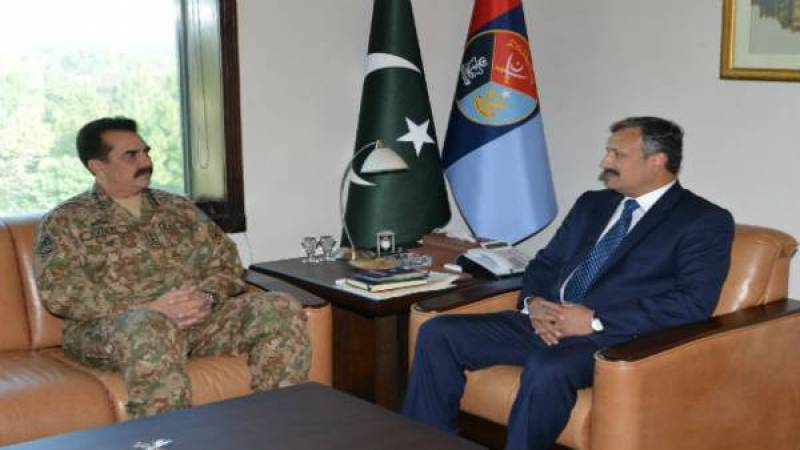 The army chief, according to the twitter feed of DG ISPR Major-General Asim Saleem Bajwa, visited the headquarters of the agency which is believed to be the first defence line of the country.

Director General ISI Lt. General Rizwan Akhtar briefed the military head about the efforts made by the institution to prevent the acts of terrorism before they took place, on the occasion.

General Raheel stressed to further enhance the capacity of the intelligence agency to curb the militancy, tweeted DG ISPR.

The visit comes a day after COAS chaired multiple high level meetings in Karachi to review the law and order situation following a deadly gun attack that killed 45 people from Ismaili community of the country.