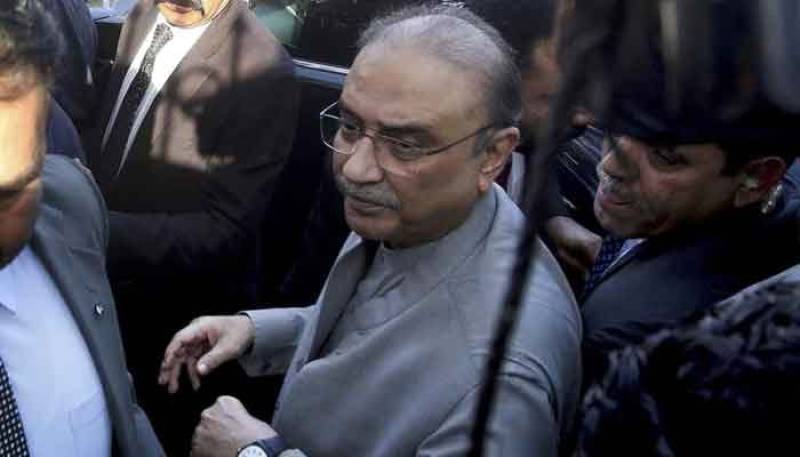 In the petition, Zardari has stated that he has been summoned by the accountability watchdog in the Haresh Company case and he could be arrested. He has requested the court to approve his bail to stop National Accountability Bureau (NAB) from arresting him.

The anti-corruption watchdog has summoned Asif Zardari on May 16 in relation to Haresh Company case, which is the part of the ongoing investigation in the money laundering and fake accounts case.

The Federal Investigation Agency (FIA) is investigating more than 30 people in relation to money laundering from fictitious accounts, including Zardari and his sister Faryal Talpur. Zardari’s close aide Hussain Lawai was arrested in July 2018 in connection with the probe.

The money laundering case is being tipped as the next Panama papers type scam for the politicians in the country as the Federal Investigation Agency is investigating 32 people including former president Asif Ali Zardari and his sister Faryal Talpur.

Moreover, Zardari’s close aide Hussain Lawai was also arrested in July in connection with the probe while former president’s another close aide and Omni Group chairman, Anwar Majeed, and his son, Abdul Ghani Majeed, were also arrested by the FIA in August.

Investigations so far have revealed that several ‘benami’ accounts were opened in 2013, 2014 and 2015 at some private banks from where transactions worth billions of rupees were made. in a fictitious manner.