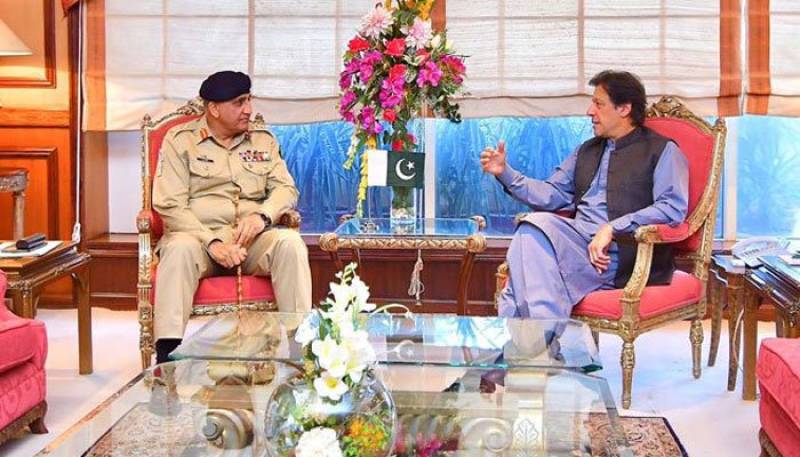 ISLAMABAD – Prime Minister Imran Khan in a meeting with Chief of Army Staff General Qamar Javed Bajwa on Friday said that country is going to the right direction in terms of economic development, local media reported.

held a meeting, and discussed matters related to security and economy.

According to the spokesperson of Prime Minister Office, COAS called on the premier at his office where both ups exchanged view on the situation in occupied Kashmir, the western border and internal security of Pakistan.

The prime minister appreciated the army for ensuring security at the borders and lauded their role for national defence.

PM also appreciated the efforts of the armed forces to facilitate social and economic progress.

"It is very appreciable that the country is going to the right direction in terms of economic development," said Imran Khan during his meeting with Army Chief.