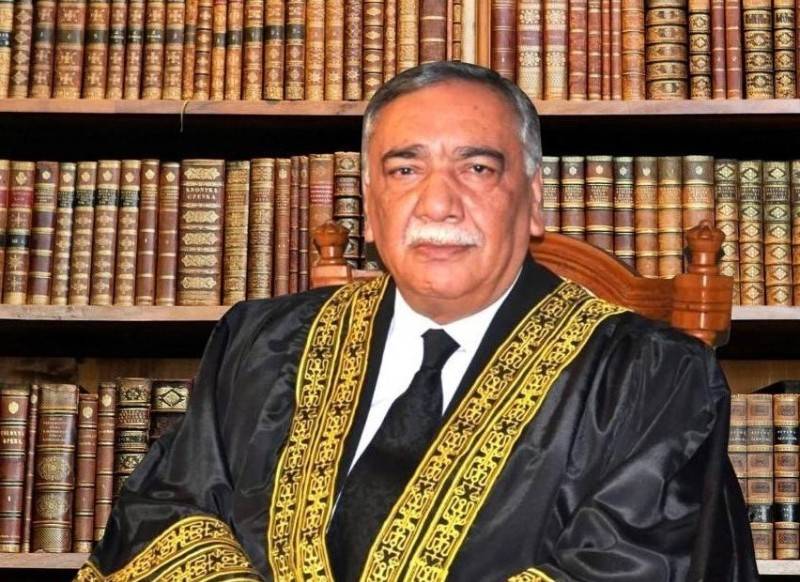 ISLAMABAD - Chief Justice of Pakistan Justice Asif Saeed Khan Khosa on Friday observed that internment centres may have been formed under the doctrine of necessity but the court would review their constitutional status.

He made these remarks while heading a five-member larger bench with Justice Gulzar Ahmed, Justice Mushir Alam, Justice Umar Ata Bandial and Justice Qazi Faez Isa which heard the Federal and the K-P governments' appeal against the Peshawar High Court's (PHC) order to annul the K-P Action (in Aid of Civil Power) Ordinance, 2019.

Attorney General Anwar Mansoor said that army was fighting against those people who enter Pakistan for terrorism.

Later, hearing of the case was adjourned till Wednesday.